Remember Firefox and how cool it felt to be one of the few people you knew who used a browser other than Internet Explorer? Those days are long gone now thanks to people using either Chrome or Safari, both incredibly more polished and modern browsers, but that hasn’t broken the spirits of the folks at the Mozilla Corporation! They’ve just released Firefox 6 for Android, and besides being snappier and better able to render text, the key feature is that it looks more like a “native Android application”. What exactly does that mean? That unique Firefox look is now gone, scrapped in order to make something people can use instead of the excellent bundled Android browser and not realize that they’re using Firefox. Odd, isn’t it? But seriously, besides being “different”, Firefox has features like plugins and bookmark sync, so should you care enough about your mobile browsing experience that you want it to look completely unique, you’re in good hands. 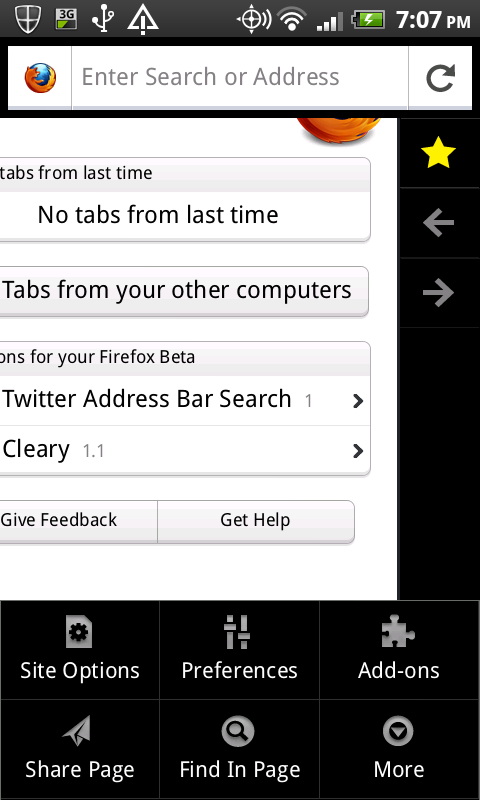 Now what if you don’t want Firefox, yet you still want to use something other than the default browser? There’s Opera Mobile, which we’re huge fans of because it actually does something no one else on the market offers. Compression. For people who are too cheap to get a big data plan, or for people who are stuck in a part of the world where seeing a 3G signal indicator lighting up on your phone is akin to seeing a statue of the Virgin Mary crying tears of blood, then Opera Mobile is just for you.

If you are one of the folks who uses Firefox for Android, leave us a comment below as to why. We’re incredibly curious, because even after coming out with 6 versions, we still feel that what Google builds is better than what Mozilla can deliver.

[Firefox Mobile in the Android Market]

With the back to school season shortly coming to a close, it's the holiday shopping season that usually brings about...