As you know by now, Steve Jobs has resigned as CEO of Apple and while he will still be a chairman and have a larger impact on the company, it really is an end of an era. I thought it would be an appropriate time to express my gratitude to Jobs for what he has done for this industry.

While I do own a lot of Apple stuff, I don’t consider myself a fanboy by any means. I switched from Android to the iPhone recently and am frustrated by so many things that I really miss the warm embrace of Android. That still doesn’t mean that I don’t realize what Jobs, Apple and the iPhone have done to the mobile industry.

When the first iPhone came out in 2007, it did seem miles ahead of the competition in some areas and behind the times in other. The full touch interface with capacitive multitouch was more fun to interact with than almost anything we had seen in a mobile device. The browser was light years ahead of what smartphone users had to suffer with and it opened up a new reality of a device that truly felt like it was always connected to the web (note: I said “felt”). 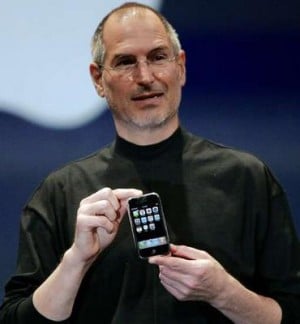 People tend to forget that the iPhone wasn’t a guaranteed success, as it had a high price tag, was coming from a company which only had the crappy ROKR on its mobile resume and didn’t even have 3G or GPS. Heck, those negatives are what made me purchase a Helio Ocean instead … one of my worst purchases in mobile.

Still, the first iPhone paved the way for the rash of superphones that we’re seeing on the market and it really did help kick off the smartphone revolution, which is a major reason why this site is even around. You could easily say that smartphones would have become more prevalent with the masses even if the iPhone didn’t exist but it definitely would have taken much longer and I’m not quite sure we would see the same quality of stuff. Being the outsider allowed Apple to create hardware and software which served the customer first, not just the carriers.

More than just hardware and software, the Apple iPhone made smartphones cool for the mass market and it brought more zeal to the space. Yes, fanboys can be annoying and downright rude but there is something to be said for this level of passion about a gadget. Jobs and the iPhone didn’t create this but they definitely brought it to the next level. As a mobile-centric publication, you can bet your ass we love passionate fans.

The first generation of iPhone killers were definitely a joke, as the Samsung Instinct and even the BlackBerry Storm were just trying to imitate that rich, fluid iPhone interface. Apple continued to improve on the iPhone with things like the Retina Display and making a big deal out of the accelerometer and this has been good for the industry. The current crop of superphones like the stunning Galaxy S II have to be great in order to compete with the iPhone and that’s good for consumers.

It’s not just hardware though, as Jobs and the iPhone have had a major impact on software. App stores had also been around way before Apple introduced its version but it dramatically increased the audience for developers. You also have to remember that before the App Store, the carriers generally controlled many of the app store distribution channels and they charged upwards of 50 percent of revenues. This made it very difficult to run a successful mobile software company. 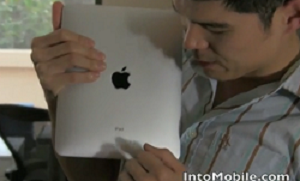 Apple and Jobs helped spawn a thriving industry. Do you really think that Rovio would be eyeing an IPO and having celebrities talk about Angry Birds without the App Store? Rovio was in the mobile game space far before the iPhone landed but its fortunes didn’t really start to turn around until Angry Birds landed on the iPhone.

The competition paid attention, as you only need to see how Android looked before and after the iPhone to see the impact. I’m not saying the competition has outright copied Apple, as all good tech companies need to take inspiration from the best on the market in order to improve. Even Apple has taken good elements from other operating systems to improve iOS.

When Jobs introduced the iPad, I honestly didn’t get it. I thought this was just an oversized iPod touch that would wind up being a plaything for people with more money than sense. While you can still argue about whether a tablet can replace a laptop or if we’re really in a post-PC era, you can’t argue that the iPad has resonated with consumers and that it has become an inspiration point for some of the competition.

Jobs is no angel and Apple isn’t without sins. His leadership style may not always be the friendliest, he was never known to be a charitable guy and questions remain about how Apple builds its products. Still, even the most die-hard Apple hater will have to admit that the iPhone, App Store and iPad have pushed the mobile industry forward and that has been better for consumers, developers and other handset makers (well, maybe not Palm).