I ducked into a Telus store late last week to play around with the recently-launched BlackBerry Curve 9360, and was pleasantly surprised by how slim and tiny the thing was. In the press shots, it looked a little blocky, and vaguely reminiscent of the old 8800 in its proportions, but holding one in person is a very different experience.  It was easy to imagine it slipping into a pocket and being virtually unnoticed.

The keyboard hasn’t changed much from previous Curve models; each key is individually separated, rather than only having a fret between each row as on the Bold. The software seemed to run relatively smoothly, but I didn’t have time to dive deep since the device was fresh out of the box and bound for some lucky customer. I worry a bit about the battery life, since it’s been shaved down to 1000 mAh for the sake of size, but hopefully the 800 MHz processor and lower-resolution display will have things burn cooler and last longer than the other OS 7 devices. Although the 480 x 360 display resolution doesn’t look great on paper compared to some of the sharper displays available in the wide world of smartphones, it’s perfectly fine for entry-level, especially considering RIM’s old top-of-the-line devices like the Bold 9780 were in the same ballpark.

I’ll be posting my review of the BlackBerry Torch 9810 this week, and with any luck, I should have a Curve 9360 to take a look at next week. Be sure to take a look at the width comparison shots between the two to see just how slim the thing is. 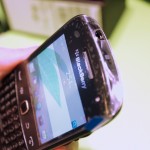 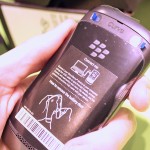 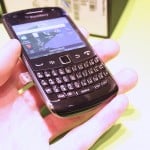 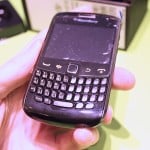 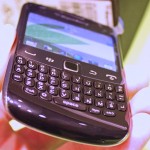 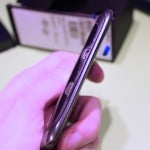 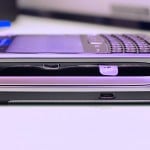 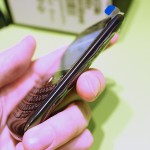 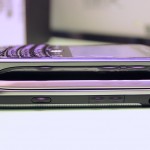 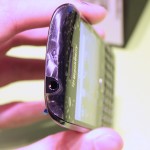 Last week, Bell launched the BlackBerry Curve 9360 shortly behind Telus, and raised them a Torch 9860. Since the two...