An HP executive said that the company’s computer division would still remain the largest in the world if it was spun off and that the company may bring back the HP TouchPad because tablets are important. What a frigging mess.

Reuters interviewed Todd Bradley, who is an executive in HP’s Personal Systems Group, said that the TouchPad could be brought back because “tablet computing is a segment of the market that’s relevant, absolutely.” Yes, an HP executive is saying that the tablet that it killed after 49 days of being on the market could eventually come back.

HP is a perfect example of a company which has not clearly communicated its message to consumers and investors. First, it fired Mark Hurd for something vaguely sexual and brought in Leo Apotheker who wanted the high margin enterprise service business to be the primary focus of the business. I’m a firm believer that the mobile device/tablet business can be a highly profitable one but I understand the decision to move to enterprise services. 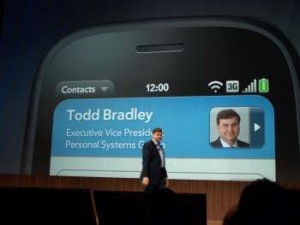 What I don’t understand is HP bungling this transition and mis-managing it in an absurd way. It said that webOS is dead and then backpedaled with talks of licensing it out and now we’re outright hearing that the TouchPad isn’t dead, even though it discounted it down to $99 to get rid of the thing. The PC division was going to be sold but then potential buyers didn’t bite.

I don’t really blame Bradley that much because he’s just trying to save his backside, as he knows that he’s not going to be at HP long and he needs to market himself and the personal systems group.