Last month a blurry photo and a rough spec sheet for a device known as the HTC Ruby started circling around the internet. The Ruby was also said to be coming to the United States as the “Amaze 4G” on T-Mobile. Thanks to the Thai website Droid Sans, we now not only have clearer pictures of the Ruby, but confirmation that the absolutely ridiculous spec sheet we saw in August wasn’t just a fanboi’s wet dream, but indeed real. You’re looking at a device with a 4.3 inch screen that has a resolution of 960 x 540 pixels, a dual core 1.5 GHz processor that’s paired up with 1 GB of RAM, an 8 megapixel camera with a dual LED flash, a forward facing 2 megapixel camera, and best of all support for 42 Mbps HSPA+ networks. The Droid Sans folks say the device is a bit laggy, which is probably due to the fact that what they have is such an early prototype, and that the Ruby can run a bit hot, something that may be attributable to either the highly clocked processor or more likely the beefy 3G (technically 4G) radio. 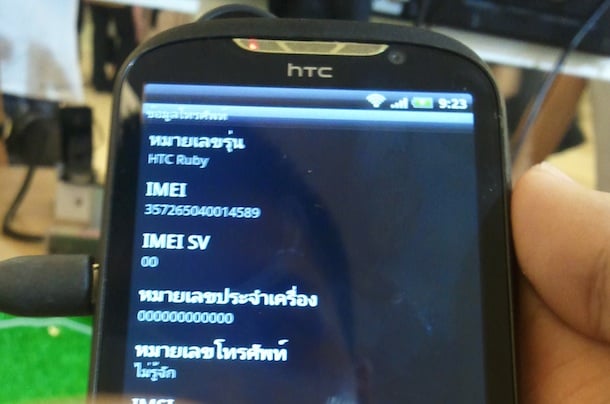 Is it nothing more than a souped up Sensation? All answers point to yes, and that would mean that HTC’s current Android flagship will have a lifespan of just under half a year if the October 26th release date for the Ruby is true. What do you guys think of that? Is it ridiculous that HTC is moving so fast or are you happy that the pace of innovation is such that you’ll never be left waiting endlessly for the next awesome bit of kit to hit the market?

All we know is this: HTC seriously needs to come up with a new design language already because all of their phones look the same, and we don’t mean that as a compliment.