AT&T’s 4G LTE network should be in full force soon, and the HTC Holiday might be its very first smartphone to take advantage of it. The HTC Holiday looks like your average HTC smartphone with the latest version of Sense UI, but it’s the innards that make all the difference. Word is that it will sport a 4.5-inch touchscreen display and will be powered by a 1.2GHz processor. 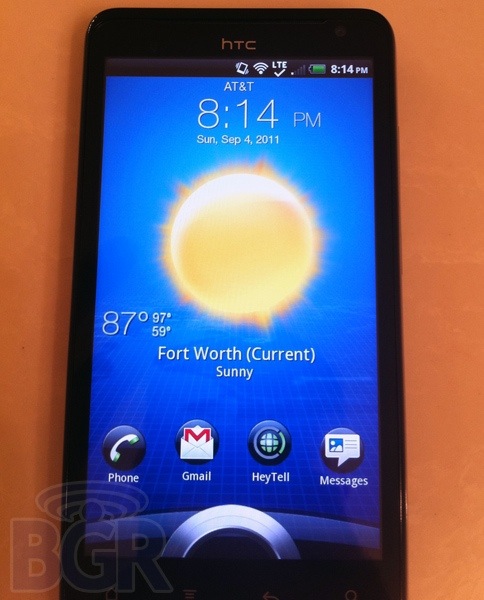 Here’s some good news on the LTE front for AT&T according to BGR:

We were also shown the results of LTE speed tests taken on the HTC Holiday in the Dallas/Fort Worth area of Texas, and from what we saw, they topped out at an incomprehensible 29Mbps — far faster than the fastest speeds we have seen on Verizon’s 4G LTE network.

Impressive, indeed, but it is worth noting that there is no real load or congestion on the network, and Verizon saw similar speeds prior to deploying the HTC Thunderbolt. Still, most Verizon 4G LTE users to date are still seeing speeds in the 10-15Mbps download range, and one would expect AT&T to get similar speeds. If anything, it’ll be a dramatic improvement over its current, fake 4G solution, HSPA+.

The Samsung Epic 4G Touch for Sprint, which is the carrier's variant of the Galaxy S II Android smartphone, is...