Samsung showed us last night that it has plenty more to add to its Galaxy portfolio. If you thought the Galaxy S II devices weren’t enough, or that maybe the Galaxy Tab and Tab 10.1 were feeling a little lonely, how about a Tab 8.9? Or to accompany its smaller cousins, the Galaxy Player 4.0 and 5.0? The tablet shouldn’t come as a surprise to any of you, it’s practically identical to its big sister, the Tab 10.1, with the most noticeable and immediate difference being its weight and that it’s thinner.

The 16GB and 32GB versions of the Galaxy Tab 8.9 are $469 and $549. They’re not priced unreasonably, but I suspect they’d sell a lot faster if Samsung were to shave off a few of those dollars.

Samsung gave us a unit to review, so be sure to stay tuned for that one. The new and mostly unexpected announcements last night, however, were the Galaxy Player 4.0 and Galaxy Player 5.0. Samsung has decided to give users two smartphone-esque media players who want alternatives to the iPod touch. The Galaxy Players run android 2.3.5 and are unmistakably Samsung’s design. They are both thin and lightweight, and pretty sleek as far as media players go. They also have front and rear-facing cameras for photos, self-portraits and video calling. I did notice one thing, though: at a certain angle, and when held a certain way, they looked and felt like the iPhone 3GS. The way the bezel is designed and its curvature and seamless mold onto the plastic body brought back a little of that Apple nostalgia. See below. 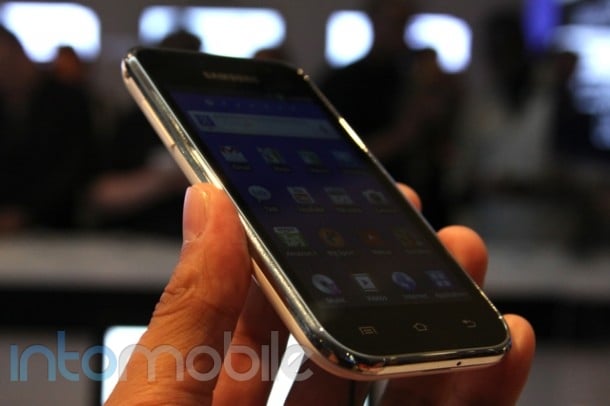 At any rate, the players aren’t bad for those who just love Android and have been dying for a media player that isn’t slapped with an iPhone logo. The displays are nice, build quality seemed OK and you’ll have just about everything the Galaxy S II devices have except for cellular network capabilities. One thing that bothered me, however, was the size of the 5.0. I’d say for me, and I’m 6’1″ with hands on the larger side, it still felt a little cumbersome. In landscape mode, it could be great for movies and videos and gaming, but otherwise it could get to be a little much. 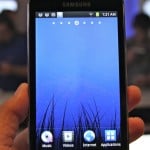 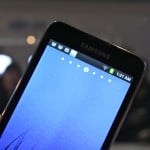 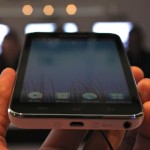 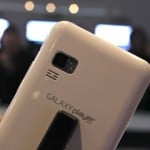 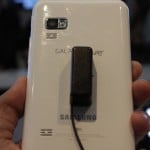 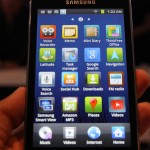 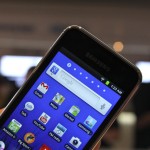 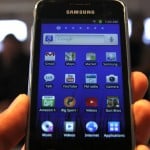 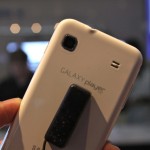 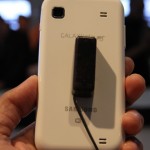 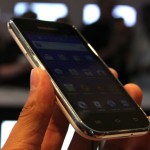 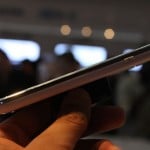 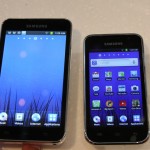 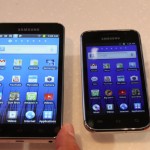 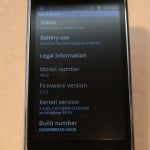 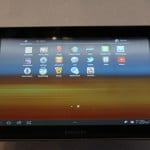 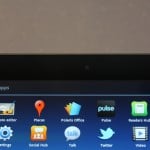 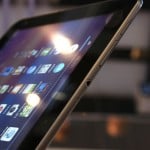 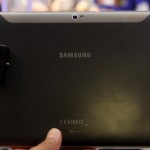 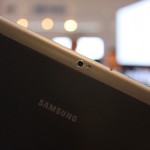 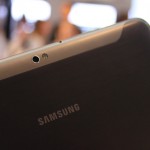 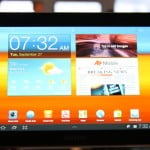 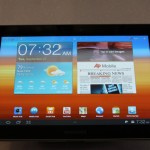 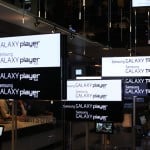 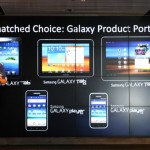 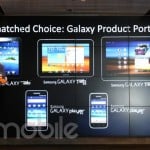 Finally we got the first press shot of the upcoming HTC EVO Design 4G. Sprint's baby will cater to mass...