“The cloud” has long been a buzzword in the tech scene but it has become an ever-important part of our daily computing lives and Apple’s iOS, Google’s Android and Microsoft’s Windows Phone Mango all have deep integration with the cloud, but use it in slightly different ways. Let’s take a look at how each of the major operating systems bring the cloud into your lives.

The Approach: The cloud pushes content to your device. 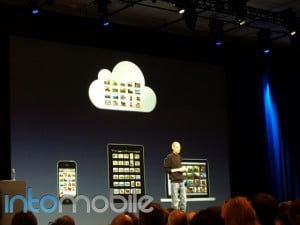 Apple’s iCloud system will debut with iOS 5 and Apple was very clear during its introduction that this won’t just be a hard drive in the sky. Instead, iCloud aims to make it easier for you to get all of your content to your Apple products without have to manually transfer things over.

This means that Apple’s iCloud will sync your music, apps pictures, videos, iBooks and other content between your iPhone, iPod touch, iPad and Mac without the need for wires. You simply sign up for iCloud when you’re setting up your device and you’re ready to go. While this approach may be different than some of the competitors, the end user is likely going to like iCloud a lot for many reasons.

First of all, this gets rid of a lot of the headaches of switching between Apple devices. If you buy something on your iPhone and want it on your iPad, you can go to the App Store, hit the Purchased tab and then download those apps to the tablet (different versions may cost more though). The iPhone 4 has been a very popular camera but transferring over photos can be a friction point but with iCloud, users will be able to use iCloud to transfer these over-the-air with Photostream and even push it to something like the Apple TV without wires. Other iCloud apps will include Mail, Contacts, iBooks, Documents and Apple will eventually open this up to third-party developers.

The Apple iCloud system will also let you cut the cord when setting up your new device, as you won’t have to plug it into a computer and boot up iTunes. Instead, you simply enter your Apple ID, go through a few menus and you’re off and running. The iCloud system will also enable a daily backup (over WiFi) and it comes with 5 GB of free storage. While that may not seem like that much, your iTunes content and photos don’t count against that limit, so it’s actually a decent amount of space.

Verdict: Apple iCloud will be very appealing to mainstream customers.

The Approach: Store it all in the cloud, access from device. 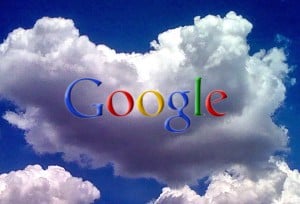 Google has been miles ahead of Apple in terms of cloud services on Android and it makes a lot of sense, as Google is an Internet software company and Apple is not. From day one, you have been able to set up an Android phone by signing into a Google account and all of your settings and contacts would “auto-magically” push to your device. We’re immune to it at this point but if you keep a lot of contacts with Google’s system, it’s actually quite amazing how easy it is to set up your Android phone. Further improvements include syncing your apps, WiFi settings and more just by signing in with a Google account.

Google is not even close to being done, as it continues to push the cloud capabilities of Android. It introduced Google Music earlier this year and this lets you upload 20,000 tracks to its servers and access these through an Android app or through your browser for streaming music. If you’re going to be in a place where you won’t have connections (like an airplane), you can pin tracks to your device and store these for local playbacks. Apple’s iCloud appears to be content to just push your already-purchased songs to your new device but it’s unclear when, if ever, Apple’s service will have streaming capabilities.

The web-based Android Market is another example of how Google utilizes the cloud to provide a better experience for Android users, as this enables you to browse, discover and buy apps on a computer and then have it automatically pushed to the device of your choosing. This is a somewhat small feature that doesn’t get mentioned often but it is a truly innovative feature that can only really be found on Android.

If you use the Google+ app, you’ll be able to have all of your photos automatically be stored in the cloud and rumors still persist of a GDrive, which would be a full out Dropbox competitor but with Google’s scale and clout behind it. Google’s mobile cloud integration is already quite stellar and look for it to continue to improve as things like Google Music and Google+ (maybe) become integrated into the full OS. While Google isn’t making a mainstream marketing push like Apple is with iCloud, you can rest assured that Android will always have access to great cloud services.

Verdict: Best mobile cloud operating system around and should continue to be for a while.

The Approach: Store in cloud, Windows Live is your new ID. 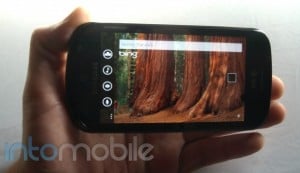 Microsoft is also very familiar with cloud computing and it has improved the cloud capabilities of its mobile software with the release of Windows Phone Mango. Like Android, you could always sign in or create a Windows Live account on Windows Phone and it would pull in all of your associated information.

Windows Phone Mango now has system-wide tie-ins with Twitter and LinkedIn to go along with the built-in Facebook connection and this really makes a big impact on your People hub, as its easier to keep track of your connections across all of the social networks. This also transforms your Me tile into a social networking aggregate app which gives you one place to update all of your social networks (except for Google+).

Microsoft’s Skydrive is quietly a great service because it offers nearly anyone 25 GB of free cloud storage and it is deeply integrated into Windows Phone Mango. This means you can set your camera to have it automatically upload all of your photos to the online backup, as well as access pictures, documents and more on your phone. The tie-in is very slick and it makes getting content from this online backup as simple as if you were accessing on-board content.

Like Google’s Android, cloud computing also powers the voice-to-text services on Microsoft’s Windows Phone platform and it also powers a few other improvements to the Bing search app in Mango. There’s now a music-recognition service that’s similar to Shazam and a visual search engine in Bing which are made possible by the platform’s cloud powers.

Moving forward, Microsoft is going to place a larger emphasis on having your Windows Live ID be a major component in your computing life. With the upcoming Windows 8, you’ll be able to sign in with your Windows Live ID and it will automatically set up your device with all your apps and content. The cloud will also power continual computing between your desktop and phone by automatically syncing things like mail, contacts and calendar. The Windows Phone app store is now available online but you can’t push apps to your device yet but I’d expect that to eventually happen.

Verdict: Microsoft’s cloud services are strong if maybe a half-step behind Google, look for Windows Phone to continue to have robust cloud support.

Some internal T-Mobile documents are indicating their version of the Samsung Galaxy Tab 10.1 will be going on sale October...