The next iPhone is now official and it will be rocking some new software but Apple’s competitors have been doing some great things over the last few years. How does iOS 5 compare to Windows Phone Mango and Android? I’m glad you asked.

Apple detailed many of the new features in iOS 5 at this year’s WWDC event and it brings many changes which should make the iPhone more powerful and easier to use. It also saved a few big surprises for the official unveiling of the iPhone 4S, including a potentially-powerful voice-controlled Siri assistant.

The iPhone 4S will let you use your voice to accomplish things like finding a restaurant around you, determining the weather, scheduling an appointment, sending out e-mails and text and a whole lot more. While Android and Windows Phone also have strong voice-control integration, it appears as if Apple’s is implemented in an easy-to-use way that could be very appealing to the mainstream. 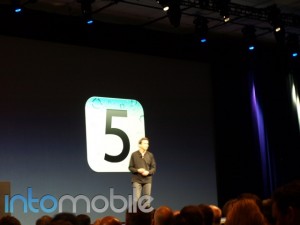 Perhaps one of the best new features in iOS 5 is a revamped notification system that is similar to Android. Instead of an annoying pop-up menu in the middle of your screen, when an app has a notification, it now shows you in an unobtrusive way on top and you can pull down a notification window. It’s a similar method as in Android but these are grouped by apps and you can dive directly into the app which is trying to get your attention by tapping on it. In fact, having this new notification system is one of the major reasons I switched from Android and after using the iOS 5 beta for a few months, I couldn’t imagine going back to the regular pop-up notifications.

Apple’s iOS 5 will also have iMessage, which is sort of Apple’s version of the super-popular BBM. With this, Apple users will be able to communicate with other Apple users via text and pictures with no per message cost. While some may feel this is limited by only being for Apple products, if you hang with an iOS crowd, this can be a great way to keep in touch. You can also look forward to deep integration with Twitter, which makes it very easy to send out URLs from your browser and it also provides an easy way to send pictures to your followers from the camera app.

Speaking of the camera app, Apple’s iOS 5 improves what is already a very popular camera for shutterbugs. Tapping the home button twice at the lock screen will enable you to quickly jump into the camera app for catching those “magic moments.” If you have a passcode set up, this quick way into the camera will not allow anyone to hop back to your homescreen or even view your photo gallery without inputting the passcode. The software will also include a built-in photo editor.

The Safari browser will also get a nice bump in performance, as you’ll now have a Reading List which acts in a similar fashion to Instapaper. There will also be a new Reminders app which also includes geo-fencing capabilities, a Newsstand app for keeping track of all of your newspapers and magazines and Game Center will also have some boosted features.

Another great aspect of iOS 5 is that it brings strong cloud support to Apple’s devices in the form of iCloud. This will enable users to sync their apps, media, pictures and more across Apple devices without having to plug in wires. Additionally, this will enable users to back up their devices daily over the air and you’ll finally be able to set up an iOS device without having to plug it into iTunes.

It’s important to note that the new features of iOS 5 are really cool but the foundation itself is very good. No matter what you think of Apple or its products, it’s undeniable to say that iOS has set our expectations for what a modern smartphone platform should be with its great multitouch, excellent browsing and a strong app ecosystem. Android is catching up in terms of number of apps but there are still a handful of super-popular programs like Instagram which start on iOS first and maybe find its way to other platforms.

Apple iOS 5 continues the evolution of the iPhone platform but it is not as far ahead of the competition as it once was. 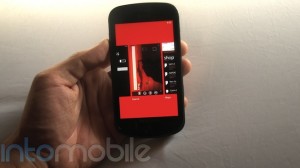 Microsoft is really trying to play catch up in the smartphone space even though its Windows Mobile software was out there before Google’s Android was a gleam in Andy Rubin’s eye. It released Windows Phone 7 last year and it was a fresh take on mobile computing that was hamstrung by a few missing features and a lacking app store. Now that Windows Phone Mango is out, Microsoft has a platform that can truly go toe-to-toe with iOS and Android.

Ever since we first saw Windows Phone, we liked the user interface which focused on live tiles instead of static app icons. Microsoft has told us that its mobile platform has always been built from the ground up with the goal of helping users complete task quickly – the information on the tiles should help users do things like figure out who is trying to reach them and why in a quick and easy way. The platform is filled with visually-stunning screens and animations which really make Windows Phone handsets come alive.

With Windows Phone Mango, Microsoft has added to the functionality and perhaps the best improvement is the ability to quickly switch between apps without having to go to the home screen. You simply hold down the back button and your running apps will be displayed in a cards-like interface and you can quickly flick through them and choose the one you want to use. It’s a much-needed feature for the platform and it just adds to the overall flow of the device.

The integrated Bing app has also been improved, as this now includes a Shazam-like music ID service, a visual-searching capability that is similar to Google Goggles and a location-based points-of-interest finder known as Local Scout. While there are some third-part apps which do these services a bit better, having these all at your fingertips with the push of the search button is very nice and convenient.

Windows Phone Mango also has deeper integration with online services like Twitter, LinkedIn and Microsoft’s Skydrive. The social-networking tie-in is great because it helps you keep track of your connections in a single place and you can even use your Me tile as a social-network aggregate. Microsoft’s Skydrive is an awesome free service which gives you 25 GB of data in the cloud and this software update now makes that easily accessible from your handset. Additionally, the added threaded messaging for IM, Facebook chats and SMS is a nice touch.

Windows Phone Mango comes with Internet Explorer 9 baked in and this is a great way to browse the web from your phone. Microsoft has taken care of a lot of nagging issues with the platform like having a URL bar in IE9 when you’re holding it in landscape mode and you can finally create custom ringtones.

While Windows Phone Mango is a major update that really makes the platform a good product, there are still a few things missing. Some of these like the lack of a landscape orientation in Local Scout or the music app can be fixed quickly by Microsoft but the company will need a much-stronger third-party developer push and great hardware that’s marketed by carriers in order to really succeed. The Windows Phone marketplace now has 30,000 apps and it has the same growth rate that Apple did with its App Store in its first year but Microsoft is not competing against Apple in 2008, it’s competing against the current versions of iOS and Android in 2011.

I’m still cautiously optimistic about Microsoft’s chances with Windows Phone and the Mango update truly makes it great product but its success will lie in its developing ecosystem of devices, apps and carrier involvement. 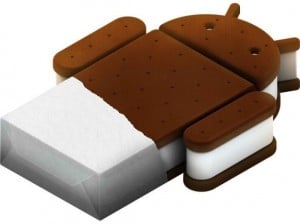 It’s tough to fully judge Android right now because we’re a week away from what should be the next version of the platform, Ice Cream Sandwich. The latest rumors suggest that major feature upgrades will come with the next version (Android Jellybean?) and Ice Cream Sandwich could focus on unifying the tablet and phone versions to make things easier on developers. Even if that’s the case, I know Google will have a few tricks up its sleeves and throw us some new features.

Even without Ice Cream Sandwich, Android is a flexible and powerful operating system with a thriving app and handset ecosystem. It’s more than capable of sending and receiving phones and text messages, the e-mail capabilities are best in class if you use Google services, the Chrome-like browser continues to improve and deliver a great browsing experience on the go and you can pick an Android handset in nearly any form factor you want on every single carrier.

Android is extremely flexible too, as you can hop between a Samsung, HTC, Motorola and LG phone and have a different experience on each, even though the foundation of Android is similar. Heck, the Amazon Kindle Fire uses this and unless you care about mobile tech, you wouldn’t even know that Android’s under the hood.

This openness and flexibility can cut both ways, as Google has been forced to create an alliance which will address fragmentation and the lack of timely updates. The other side of that coin is the freedom to choose which device you want and customize it to your heart’s content.

There’s an argument which says the little transition animations in iOS and Windows Phone create an emotional connection with the user, one that is lacking in Android’s software. Blake Stimac had an amazing rebuttal to that notion: the flexibility of Android allows you to customize your device to such a degree that it is way more personal and emotionally connected to the user than iOS or Windows Phone can be. We’re not just talking about rooting and installing custom ROMs (most people aren’t going to do this), as you can swap out the keyboard if you don’t like it, put highly-functional widgets on your home screen to give you what information you want front and center and even fully replace system functions if you please. While iOS users are happy to finally have Twitter integrated into the OS, Android users have long been able to add Twitter, Facebook and other services thanks to its open API structure.

Android Ice Cream Sandwich should debut with the so-called Nexus Prime and we’re looking for things like a new lock screen, some overall user interface polish and continued support for Google’s excellent cloud-powered services. We’ll know a lot more about this in a week.

Google’s Android operating system offers a powerful and flexible platform with a variety of form factors, apps and carriers. It’s generally not as pretty as iOS or Windows Phone and updates can lag but it’s still a really good smartphone OS.

Each of the three major platforms offer its own advantages and drawbacks. Apple’s iOS is very simple to use, has a robust app ecosystem that is growing larger by the day but it’s essentially Apple’s way or the highway. You could argue that Microsoft’s Windows Phone Mango is the most visually-appealing of all the platforms but its device and app ecosystem leave something to be desired. Google’s Android is extremely customizable and powerful but fragmentation is still an issue.

Despite the flaws of each platform, each offers an above-average or great mobile computing experience. Your personal preferences with apps, content and carriers may lead to you to one platform other the others but you can’t really go wrong with getting a a high-end Android, iOS or Windows Phone Mango device. That’s pretty cool.

How iPhone 4S compares to the competition

The new iPhone 4S has been announced; let's see how it compares to the competition, specs wise. This time we have...