A couple of weeks ago we brought you news of an upcoming and as yet to be launched LG device called the LU6200. We said it would ship with LTE support and a 4.5 inch 720p resolution screen. Today the LU6200 is no more, it now has an official name: the LG Optimus LTE. Inside this beast is a 1.5 GHz dual core processor. Who makes it? No idea. There’s 1 GB of RAM, 4 GB of internal memory, and it’ll ship with a 16 GB SD card in the box. The thing that makes the Optimus LTE stand out is of course the delicious 4.5 inch 1280 x 720 pixel screen. Said display will be the first to make use of brand spanking new AH-IPS technology; it was recently rated as being superior to Samsung’s Super AMOLED Plus technology, which can be seen in the Samsung Galaxy S II. Other important specs include an 8 megapixel rear facing camera, 1.3 megapixel forward facing camera, NFC support, DMB support (used for watching over the air TV, sadly not in America), and a ridiculous 1830 mAh battery. It’s going to weigh just 135 grams and will be 10.4 mm thick. 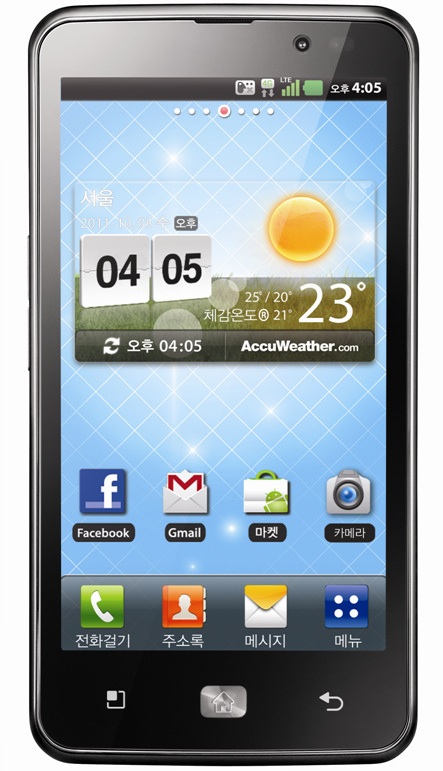 Will this sucker land in America? It supports both HSPA+ and EV-DO Rev. A, so either AT&T or Verizon could carry it. That being said, Samsung has a much more admired brand in the U.S., and there are plenty of rumors flying around that the next Nexus device to be launched by Google will be called the Nexus Prime, will be built by Samsung, will be a Verizon exclusive, and it’ll pack an equally impressive 720p display. We’ll find out next week if that rumor is true or not, but if it isn’t … then there’s a tiny chance that the Optimus LTE might end up under your Christmas tree this holiday shopping season.

Anyway, expect to hear about a lot of 720p phones over the coming months.