Later this week, iOS gamers will have a lot to take in as both the iPhone 4S and iOS 5 will launch. The iPhone 4S will have Apple’s A5 dual-core chip running its innards which promise a 7x graphical improvement over the iPhone 4 and many of the benefits of iOS 5 are things gamers will gladly embrace, such as the new notifications center, the use of iCloud for games, and some much needed improvements to Apple’s Game Center service.

So without further ado, let’s get to the reasons why if you’re an iOS gamer, you should be excited about both the iPhone 4S and iOS 5.

You can’t play games unless you’ve got POWA! 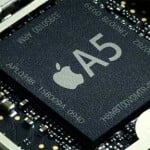 As I mentioned above, one of the main benefits of the iPhone 4S is its A5 dual-core chip, which if you currently own an iPad 2, you know what kind of performances this chip is capable of. Games on the iPhone 4S will have a 7x graphical improvement over the iPhone 4 and if you’ve seen Infinity Blade or RAGE HD running on an iPhone 4, then you know exactly why you should be excited about that. Of course, all of that horsepower look even sexier with the Retina Display, which of course debuted on the iPhone 4.

I’ve got your notifications right here!

One aspect gamers should be excited about in iOS 5 is its improved notification system. If you’ve ever been in the middle of a heated battle of Words with Friends, you know how annoying it could be to for a text from your girlfriend informing you she used to be a man could be as the notification will pop up in the middle of the screen halting everything that you were currently doing. Now in iOS 5, the notifications will all be located at the top of the screen allowing you to focus on your game instead of your rage towards the news of hearing your girlfriend is really a she/he. This may not sound like a big deal, but when you see a notification come up at the top of your screen that doesn’t result in your game being halted, it’ll bring tears to your eyes.

If you own an iOS device, there’s a chance you may only use that one device and be pleased as punch about it. But for those of you who own more than one iOS device, you know how much of a pain it can be to play the same game across multiple devices. Games like Jetpack Joyride have recently allowed for cross-device play by giving players access to their coins and unlocked items across multiple iOS devices, but it isn’t perfect as you aren’t given access to your level or missions on multiple devices. With iCloud, developers will now be able to store game saves into the cloud allowing you to essentially take your game to multiple iOS devices with ease. The process of using the iCloud is painless as you’ll be prompted if you’d like to us iCloud with your game. If you choose to use it, the save game will be located in the cloud to which you can jump onto another iOS device and continue with all of your information from the original device.

Getting more out of Game Center 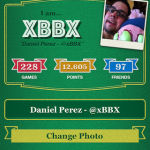 Apple announced Game Center has over 67 million users allowing them to unlock achievements, add friends, and play online multiplayer games, but the Game Center experience will be receiving a number of improvements in iOS 5. One of which will allow users to add a personal touch to their profile by allowing them to upload an image. The image won’t show up in your profile immediately as Apple needs to approve them first, which is a nice touch for Game Center users who don’t want to be greeted by wave after wave of junk pictures. Game Center will also allow its users to search for new friends based on either games you’ve played or friends you share. If you’re looking to bump up the number of chumps to take down in a multiplayer game of Fruit Ninja, then this is an addition I’m sure you’ll be happy about. One of the last additions to Game Center is a tweak to the achievements system to now promote your total score instead of how many achievements you’ve unlocked. 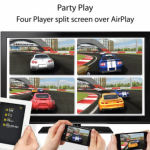 One of the first companies to announce they’ll be supporting AirPlay to allow for a truly wireless gaming experience on your HDTV was Firemint. They announced they’ll be supporting iOS 5 in Real Racing 2 by allowing players to use AirPlay to wirelessly transmit the game to your HDTV, granted you have an Apple TV set up. At this point, iOS gamers can purchase an Apple Digital AV Adapter to transmit the image of their iPad 2 to their HDTV, but with AirPlay on iOS 5, players will be able to wirelessly transmit the image of their iPad 2 or iPhone 4S to their HDTV which will give them a truly wireless console experience right from their iOS device.

With all of that said, right now is a very exciting time to own an iOS device and be a gamer. The iPhone 4 already performs great when it comes to gaming, which is exactly why a 7x graphical improvement will be something every gamer can truly appreciate. Throw in all of the improvements that will be made available in iOS 5 when it’s released later this week and you’ve got a reason to count the hours until both the iPhone 4S and iOS 5 are released.

Facebook is probably the last to have released an iPad app--for itself. Up until now, we iPad users have been...