At CTIA 2011 in San Diego, CA, we went hands on with the HTC Sensation XL with Beats Audio. It’s a sexy Android smartphone clad in white – my favorite color for smartphones – with red accents and the Beats logo on it. It felt solid in the hand, and it’s unmistakably HTC by design. I also liked that it had some heft to it, so that it’s not just a big screen with no substance. The bad news? It’s never coming to the U.S. Bummer.

On the bright side, HTC just made a massive investment in Beats Audio, so while sexy devices like the Sensation XL grace the shores across the water, we’ll see our own Beats Audio handsets in the States pretty soon.

The HTC Sensation XL has a monstrous 4.7-inch screen, which is just about as big as you’d want any display to get. Any bigger and it goes from being cumbersome to just plain ridiculous. It measures 5.22″ x 2.78″ x 0.39″ and weighs 5.73 ounces, so you’ll need some serious guns to lug this thing around all day. But that’s what I love in a smartphone – heft. It gives slick devices like the Sensation XL a more svelte feeling.

With a 1.5GHz processor, 8MP camera, 768MB RAM and 1600mAh battery, this is a solid Android handset for you European folk. It also comes with a red and white Beats Audio headset, tuned specifically to be compatible with the Sensation XL for great sound. And really, that’s what this phone is all about aside from being your usual Android powerhouse. If you consider yourself an audiophile, or you just take your tunes pretty seriously, the Beats Audio won’t steer you wrong. 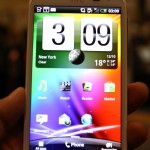 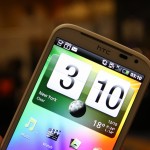 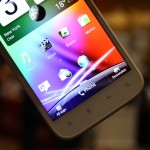 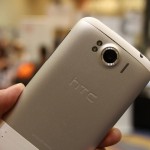 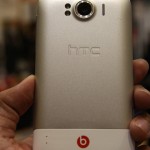 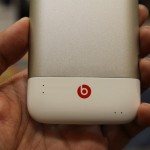 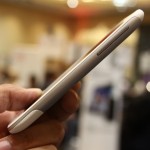 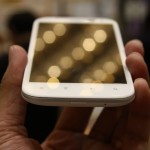 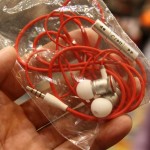 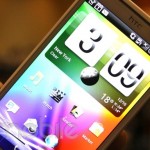 The Motorola Atrix 2 was arguably the most exciting of the five new Android phones announced by AT&T and we...