The Motorola RAZR has been officially announced and it’s certainly one doozy of a phone. The handset is packing some very high-end specs that should satisfy the power users of the world and is kept in a terribly thin body.

First up, the RAZR is a mere 7.1mm at its thinnest point, which makes it the world’s thinnest smartphone available today. Couple it with a 1.2GHz dual-core processor, 1GB or RAM, and a 4.3 inch qHD Super AMOLED display and it certainly looks like Motorola has delivered the goods with the Droid RAZR and doesn’t put either of the brand names to shame.

The face of the RAZR is covered by Corning Gorilla Glass, packs a splash guard coating, and is wrapped in a laser cut Kevlar body. Motorola really went all out with the RAZR with features, even if it does look like a thinner Droid X with Photon 4G features.

Of course, you’re going to have to pay up for the device. The RAZR is going to Verizon for $299 on contract and you can pre-order the handset starting on October 27th. The $300 price point isn’t anything surprising to see, as that’s what most expect to pay for a Verizon LTE device these days and it may be completely worth it to some.

While Moto won’t tell you, the RAZR does ship with MotoBlur, in some form or another. The custom Android skin that’s said to have been killed off has undergone a lot of great changes but still remains the ugliest of them all by a large margin. Still, some may completely overlook the software, as the hardware is really something to behold.

Now that Motorola has taken the wraps off of its latest device, we’re impatient to see just what Samsung and Google will unveil, as if we didn’t know already. While I’m still rooting for the Galaxy Nexus, the Droid RAZR seems to deliver in all the right places to become one of the best upcoming smartphones this year. 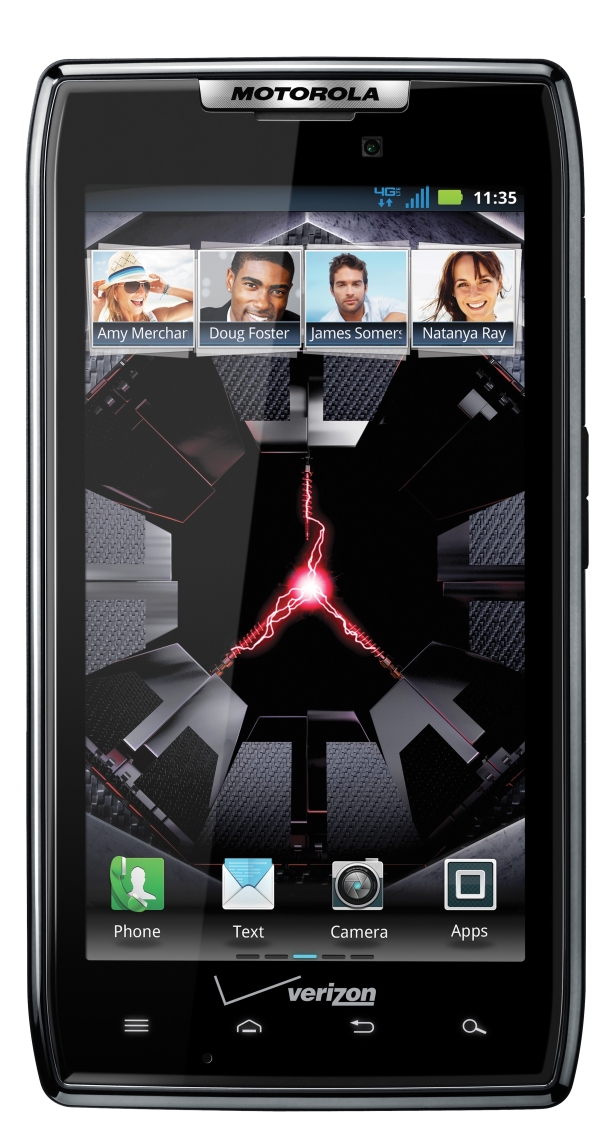 We're patiently awaiting for it to be 7PM here in San Francisco so we can watch Google and Samsung take...