Today Nokia announced a total of 6 new mobile phones. The last 2 to be unveiled, the Lumia 800 and Lumia 710, are sure to soak up the most attention, but it’s the 4 feature phones they showed off that impressed us the most because of how incredibly cheap they are. Let’s start with the Asha 200 and Asha 201, they’re virtually the same device except for one key difference. The Asha 200 can take 2 SIM cards while the Asha 201 only takes one. Both cost will cost 60 Euros, with the Asha 200 launching in Q4 of this year and the 201 coming out in Q1 2012. For that amount of dough you get a 2.4 inch 320 x 240 pixel resolution screen, QWERTY keyboard, dual band GSM/EDGE support, 2 megapixel camera, Bluetooth 2.1, and FM radio. 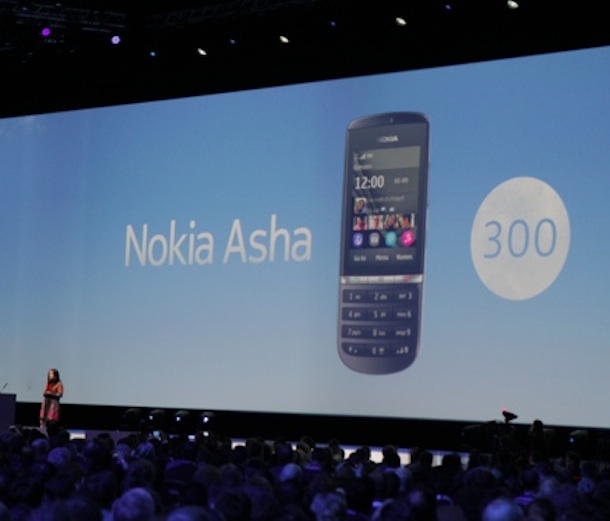 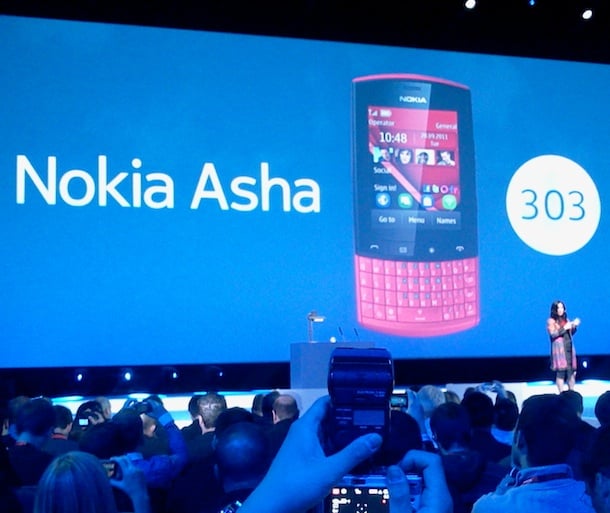 And finally there’s the Asha 303, the most expensive feature phone announced. It comes in at 115 Euros, which again isn’t a lot of money in the grander scheme of things. The Asha 303 packs a 2.6 inch capacitive touch screen with a resolution of 320 x 240 pixels, QWERTY keyboard, quadband GSM and pentaband 3G support, 1 GHz processor, WiFi b/g/n, 3.2 megapixel camera, and Bluetooth 2.1. Sadly there’s no GPS onboard, which would have made the 303 perfect, but you can’t argue with that price. The design language of the Asha 303 borrows heavily from one of Nokia’s previous models, the X3 Touch and Type.

Update: This video from the folks at This is my next goes through all 4 devices wonderfully:

All photos above, except for the Asha 300, courtesy of Rafe Blandford’s Flickr channel. For those who want to enjoy the glitzy highly polished product videos that Nokia puts together, enjoy:

The keynote at Nokia World has just wrapped up. A total of 6 devices were announced, with the final 2...