Nokia’s going all out when it comes to hurling millions of dollars at ad agencies to promote Windows Phone and the upcoming Lumia 800 and Lumia 710. The Finnish handset maker announced earlier this week that they’re going to be giving away WiFi connectivity at 26 locations in London in a pilot that will use existing telephone boxes that’ll be connected to 20 Mbps DSL lines according to ZD|Net UK. Speeds will be limited to 1 megabit per second down and 500 kilobits per second up, which is more than enough for most folks, though we imagine some stupid teenage punk will ruin this for everyone by saturating the connection with torrents. Now Nokia isn’t the first company to try and give away free WiFi. Google did this back in 2009 in airports and even earlier in 2006 in the city of Mountain View, California. 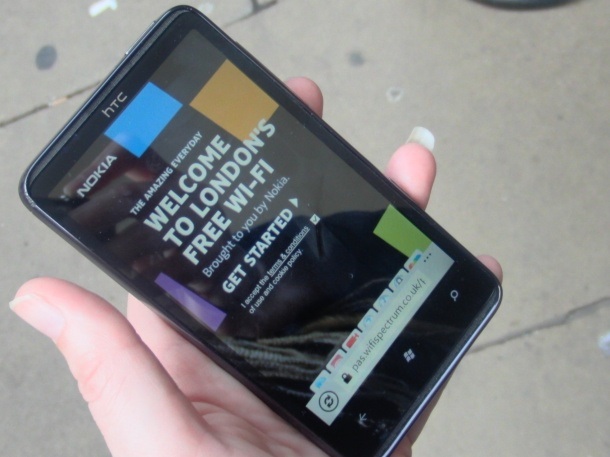 So besides getting attention, what’s Nokia getting from this? For one thing they get to collect a trove of data about the web surfing habits of technophiles who can’t suffer the effects of being disconnected from the internet for more than an hour at a time. Also, people who connect to Nokia’s access points will be shown ads for the company’s products and services. Other than that … they may as well have thrown the money they’re paying Spectrum Interactive to do this publicity stunt into a fire-pit at a campsite in a forest not far from Helsinki. People will use Nokia’s service until the company wakes up to the fact that they’re wasting money, or when their operator partners (Vodafone, O2, 3 UK) kindly ask them to stop invading on their home turf or they’ll risk not getting as much support as they would have hoped.

Do you think Nokia actually cares about connecting rich people in London to their social networks or this is purely marketing drivel?

Nokia cancels the 600, says it never really stood a chance against the 603