Several weeks before Nokia held their anual Nokia World event in London last month, we published a piece outlining the devices we thought would be announced. Now forgetting about the feature phones for a second, we absolutely nailed the Lumia 800 and Lumia 710, but there was one device, the Lumia 900, that never appeared. Codenamed Ace, the Lumia 900 was supposed to be Nokia’s first 4.3 inch smartphone. We started thinking, were our sources wrong or was Nokia just holding back the Lumia 900 for a future date? According to All About Phones the Lumia 900 does indeed exist, and they even have proof. Several days ago Nokia posted a video on YouTube aimed at developers that showed off an as yet to be announced Nokia device. That video has now been taken down, but not before the All About Phones folks were quick enough to download it and upload it to their own YouTube channel! Looking at the clip below, the Lumia 900 looks a lot like the recently announced Symbian Belle powered Nokia 700; it has the same chin.

So when are we going to see the Lumia 900? Chances are Nokia is going to unveil it in January at the Consumer Electronics Show in Las Vegas. We’re hoping that it’ll be able to connect to either AT&T’s or Verizon’s 4G LTE network. If that’s the case, then we can safely assume that Microsoft will also be announcing Windows Phone Tango during the same event. Tango is rumors to bring LTE support to the Windows Phone platform, as well as allow the OS to be put on devices with lower system specs. If our prediction is incorrect, and that at CES we’ll only see the North American version of the Lumia 800, then we’ll definitely see the Lumia 900 at Mobile World Congress in February.

Are you looking forward to a 4.3 inch Nokia Windows Phone? 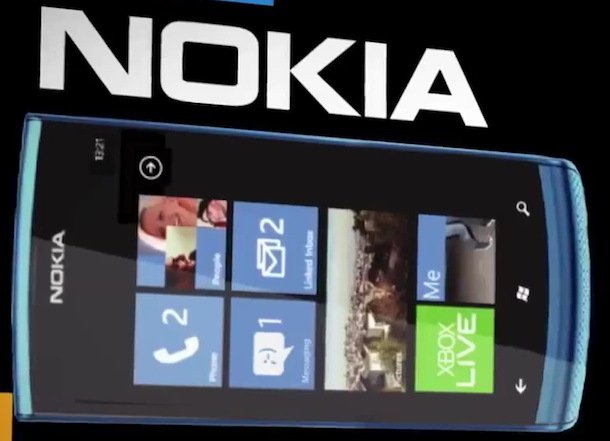 The enterprise market, where BlackBerry has traditionally reigned supreme, is now ruled by the iPhone according to recent reseach. A...