Sabeer Bhatia (pictured above, left) isn’t exactly a household name. He’s one of the co-founders of Hotmail, the free email service that if you’re still using shows people that you’re too lazy to switch to a superior alternative like Gmail. About a year ago his wife pestered him to switch out her iPhone to a BlackBerry. That’s an odd request if we ever heard one. The reason? So she could text her friends for free using BlackBerry Messanger. This got Bhatia thinking: “What if we write an application that makes all texting free?” Instead of researching the competition and seeing that there are multiple companies attempting to do this, or that with the release of iOS 5 his wife could have messaged all her friends with an iPhone for free, he went ahead and started work on a new product called JaxtrSMS. It launched yesterday in Mumbai, and it runs on iOS, Android, BlackBerry, Symbian, even J2ME devices. 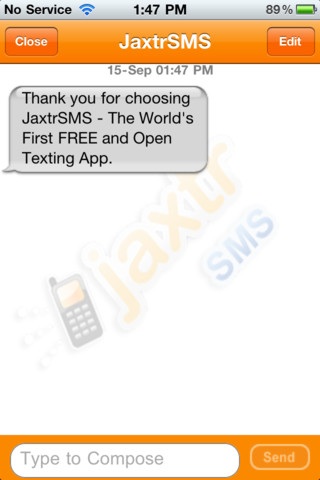 As you’d expect it to work, JaxtrSMS asks you for your phone number when you register. People you text who also have the JaxtrSMS application don’t have to pay for anything other than data. If you happen to text someone who doesn’t have the app, then it goes through just like a regular text message. Looking at the reviews of the app in the Apple App Store, people say it either doesn’t work or that the user interface doesn’t make sense. Same story for reviews of JaxtrSMS in the Android Market, people complain of messages being delayed and are pining for features like group chat, which WhatsApp already does.

Will this take off? WhatsApp is far too entrenched, BlackBerry Messanger is far too popular, iOS 5 runs on every iPhone that’s been sold since the summer of 2009, Android has Google Talk built in, and we’re pretty sure Microsoft is going to bake Skype into Windows Phone, so as for JaxtrSMS … need we say more?

We're big fans of the Flipboard iPad app because it is a smart take on digital news consumption and it...