Microsoft released an update to its Xbox 360 yesterday that drastically changes its UI that they’re hoping will streamline the Xbox experience to both hardcore and casual Xbox 360 owners. Today, the company went ahead and released an Xbox Companion app on Windows Phone, but surprisingly, an official Xbox Live app has finally made its way to the iOS platform.

As for the Xbox Companion app, it should serve as a way to better interact with your console. The app works as an extension of the Xbox 360 allowing users to use Bing to search for movies, TV shows, music, games, and other information on your console. You can also keep an eye on your friends by viewing their activity, and use your Windows Phone as a remote to play, pause, rewind, and fast-forward content playing on your console. You can even launch content from the companion app to play on the connect Xbox.

Both apps are completely free and are now available for your downloading pleasure. If you’re an Xbox 360 owner and you want to either take the Xbox experience with you while you’re on the go or use your mobile device as a way to better interact with your console, these apps are a must-have. 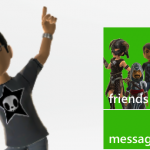 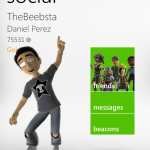 Facebook has announced a major upgrade to its Android app and this will bring this version up to speed with...