Smartphone makers, for the most part, don’t like it when you fiddle with their devices. They work hard to craft a user experience that represents their brand. When the hacker community starts messing with that, the cease and desist letters start flying. Now Nokia lets people play around with their Maemo/MeeGo powered devices, but then again those were always meant for bleeding edge early adopters. Microsoft too has an officially sanctioned jailbreak tool for Windows Phone called ChevronWP7, but that’s because they want the hacker community to actually pay attention to their platform. HTC used to be known for Windows Mobile ROM hacking, but they gave that image up as they grew more popular. Ever since Google released the source code for the latest version of Android, codenamed Ice Cream Sandwich, people have been wondering when the hacker community would make it run on existing devices. The folks behind CyanogenMod and MIUI have already said that they’re hard at work at making custom ROMs based on Ice Cream Sandwich, but neither of them have delivered anything. 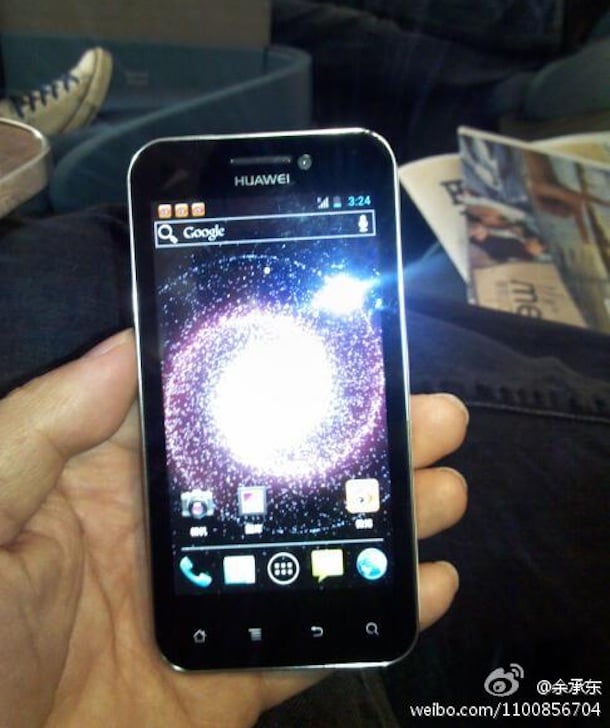 Enter Huaweu, a Chinese handset vendor that no one usually cares about since they make low to mid range devices. They just posted a “demo” Android Ice Cream ROM for the Huawei Honor. Better yet, Yu Chengdong, Huawei’s Chief Marketing Officer, posted an image on Weibo (the Chinese Twitter clone) of his Huawei Honor running said “demo” ROM. This is unprecedented and we hope that other Android partners take notice, especially HTC. We love HTC’s hardware, but some of us at the IntoMobile offices hate HTC Sense so much that we refuse to buy their devices. Imagine how much more popular they’d be if they gave the hacker and enthusiast communities stock Android ROMs that they could use without voiding their warranty?

Anyway, we salute you Huawei, and hope you keep this up!

Editor’s note: And … here it is. Check out our video of the Huawei Honor running Ice Cream Sandwich.