The next movie in the Batman series, The Dark Knight Rises, is set to be 2012’s ultimate summer blockbuster. When a movie of that caliber comes out, you know brands will do anything to associate themselves with something bound to receive such an ungodly amount of attention. One such brand is Nokia, who will take the Lumia 800 that they already sell, put it in a fancy box with the Batman logo on it, set the default wallpaper to a photo of Bane (the primary antagonist in the film), and best of all they’ll etch a little Batman logo into the back of the device. How many of these limited edition handsets will come out? Just 40. Where are they going to be available? Not sure. How much will they sell for? An arm and a leg. We’re waiting for some additional details from Nokia, but don’t expect this thing to show up at a store near you. 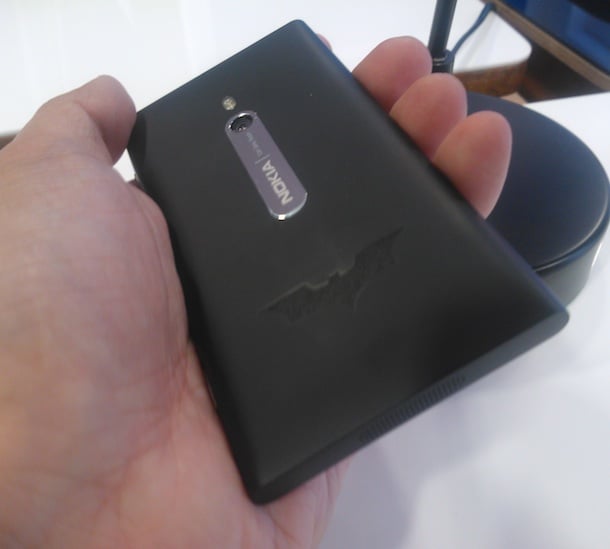 The bigger question on our minds is why isn’t stuff like this done more often and to an even greater degree? This Batman flavored Lumia 800 should have been custom 3D printed to look like one of Batman’s weapons. It should also have come preloaded with crazy custom ringtones. And it should have sold for double what a regular Lumia 800 sells for. Such a device would be picked up so fast that Nokia’s payment processing servers would melt. And why stop at Batman? There are plenty of other franchises to latch onto. All in the name of marketing, right?

What say you, should Nokia work on making more variants of their flagship Windows Phone to cater towards the freakish levels of devotion that comic book fans possess, or should they be like Apple and just ship one phone every 12 months in 2 colors and let the chips fall where they may?

Danske Bank: Nokia likely to sell their smartphone unit to Microsoft during the first half of 2012

Danske Bank, Denmark's largest bank, has issued a report saying that Nokia will sell their smartphone unit to Microsoft during...