Diabetes, dementia, arthritis, chronic diseases in general, they can all be avoided if you just got off your ass every day for 30 to 60 minutes and walked around your neighborhood, went to a local park, or just did something that doesn’t involve staring at a glowing rectangle for multiple consecutive hours. Now that’s not to say that technology causes obesity and the diseases that spring up from having a few too many chins, in fact, your smartphone can help you fight the battle of the bulge by letting you keep track of your training regime. Enter Sports Tracker, an application and web service that was developed at Nokia, but that Nokia didn’t see the potential in, so the guys who made it decided to go at it alone and start their own company. It’s an app we’ve covered in the past, most notably when it was released for Android and iOS, and today we’re happy to report that it’s now out for Windows Phone. 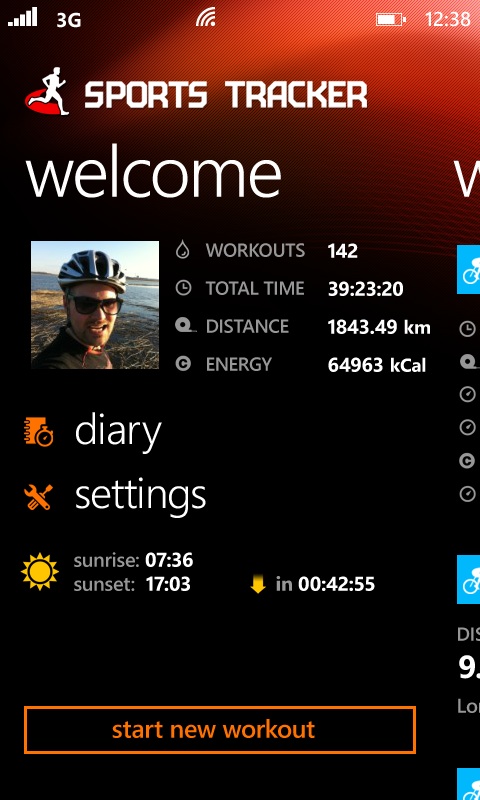 Unfortunately the Sports Tracker guys didn’t make a video for us to share with you of the Windows Phone version of their app, but they are making up for it by giving away a Nokia Lumia 800. That’s right, just go to their blog, follow the instructions, and you could walk away with Nokia’s first Windows Phone. And if you don’t win, then no need to fret. Sports Tracker has always been, and will probably always be, free of charge. How do they make their money? By signing deals to have their app bundled with new phones and by selling accessories for hardcore Sports Tracker users, such as a Bluetooth enabled heart rate monitor.

Don’t have a device compatible with Sports Tracker? Use the stop watch feature on your phone, run some laps, and then log your times in a notebook. Just get the hell out of the house!

Analysts at Exane BNP Paribas surveyed 1,300 Europeans in 5 different countries last week about what kind of smartphone they're...