The Galaxy Note has been around for a while but we were able to play around with the 4G LTE version bound for AT&T at CES 2012. The massive 5.3-inch smartphone/tablet hybrid is definitely a unique device that could resonate with some of you out there.

What’s insane to me isn’t that it has a 5.3-inch screen but Samsung was somehow able to make it have a resolution of 1280 x 800. Samsung was also able to make the Galaxy Note pretty thin, so it’s not going to be as comical as the Dell Streak. Still, it’s a large phone and that may be off-putting for some of you out there.

Inside this beast, you’ll find a dual-core 1.5GHz processor, LTE connectivity, Wi-Fi, GPS, 16GB of built-in storage, 8-megapixel camera on the back and a 2-megapixel front-facing camera. What really sets the Galaxy Note apart (besides its size) is the fact that it comes with a S Pen.

As you can see from the video below, the S Pen slides comfortably into the bottom of the device and it can be used for a variety of purposes. Samsung said there are more than 250 level of pressure sensitivity it can recognize, so this isn’t like the old stylus you may have had on your Treo. You can use the stylus to jot down notes by hand, annotate pictures, take screenshots, crop photos and more.

I’m still not convinced that the S Pen would be that valuable for me but I could see plenty of people who would dig this. Still, the Galaxy Note is kind of an odd ball but at least it’s a feature-packed, blazing fast and good-looking oddball. I’m sure you have your own opinion on it, so let us know in the comments. 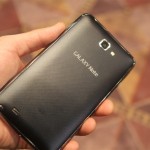 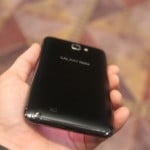 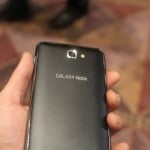 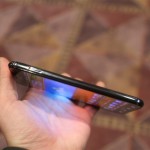 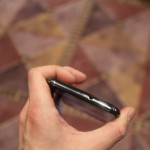 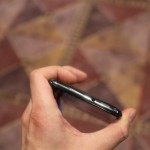 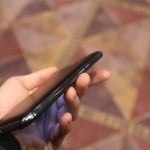 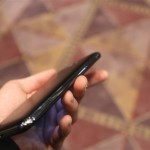 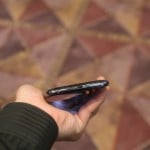 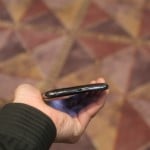 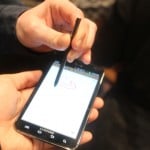 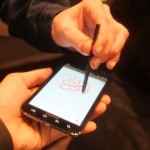 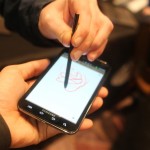 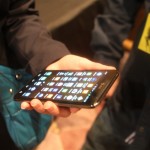 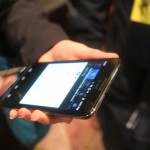 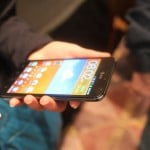 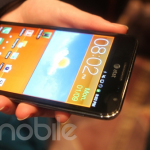 The Sony Xperia S was introduced at CES 2012 and we had a chance to take this gorgeous phone out...