Well, it’s been a heck of a week but CES 2012 is over and there’s no doubt that mobile is becoming a bigger part of the show every year. We’re still going to have more videos and photos for you next week but we thought it would be a nice time to take a look back and see what really moved the needle in the mobile world.

Nokia was one of the big winners of the show, as the Lumia 900 was a major hit, even if it’s not that much different than the 800. Still, the larger screen, 4G LTE support and the very fact that it will likely have a massive marketing budget means it could be a big seller. One phone was never going to make or break Nokia but this does show the start of something potentially good.

Microsoft’s Windows Phone also had a great showing, as it was arguably the star of the show in terms of mobile platforms. Apple’s iOS never shows up and the Android devices announced were interesting (the Galaxy Note in particular) but didn’t compare to the aforementioned Lumia 900 or the HTC Titan II. There was also a lot of interest in Windows Phone on the show floor, too. 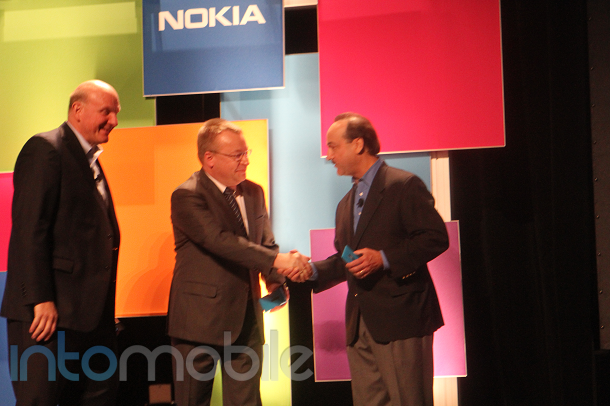 Intel can also mark this down as a successful show, as the super sleek ultrabooks were the talk of the show and it finally revealed its mobile ambitions with partnerships with Lenovo and Motorola to produce smartphones. We were able to play with the reference design and with Lenovo’s Intel-powered handset but we won’t be convinced until it actually hits the market. Still, the early results are very promising and the deal with (soon to be part of Google) Motorola could just be the first domino to fall for Intel in the mobile space.

AT&T easily had the best show of the major carriers, as it introduced six new Android devices, one new Windows Phone and multiple new tools during its Developer Summit keynote. Verizon was relatively quiet by focusing on 4G LTE and its enterprise applications and T-Mobile’s and Sprint’s announcements were quite muted. In terms of performance on the actual show floor and in Las Vegas, I found all four carriers had its ups and downs but Verizon’s was the most consistent while AT&T’s 4G LTE was the fastest, when it worked.

Tablets were once again a major factor at CES 2012 but this year showed a smarter evolution from these iPad-competitors. In particular, we saw some jaw-dropping designs like the Toshiba Excite and the Galaxy Tab 7.7 for Verizon. Just as important, we saw tablet makers offering devices at dirt-cheap prices: ViewSonic had a 7-inch Android Ice Cream Sandwich device for $170 and Asus had us drooling by teasing us with a quad-core Tegra 3-powered tablet for just $249.

Samsung and LG didn’t have amazing shows in terms of mobile but each had some stunningly-beautiful televisions (seriously, these were gorgeous). Samsung also got in front of the “connected life” movement by introducing things like a WiFi-enabled washing machine that can be controlled with an app. Sure, some of you may be saying what’s the point of an Internet-connected refrigerator but what’s exciting to me is that we don’t know the purpose yet but you can be sure a developer will be able to come up with something awesome.

Be sure to read through all of our CES 2012 coverage and let us know what excited you at the show.