Fresh off the news that the Google, Motorola deal will be approved by the United States and the European Union, a leaked phone may show us what we can expect from the upcoming Googorola entity.

Our friends over at PocketNow have a leaked image of what is purportedly a Motorola smartphone running Android 4.0 Ice Cream Sandwich. Interestingly enough, this will be powered by the Intel Atom Z2460, which we first saw at CES 2012. Intel announced deals with Motorola and Lenovo and this looks like the first flagship device using Intel’s chipset which will be aimed at the high end – Lenovo’s devices will likely be aimed at the emerging Chinese market.

This Motorola Intel smartphone is supposed to have the latest version of Android with a tweaked Motorola custom user interface. As I mentioned in the Motorola Droid Razr Maxx review, I’m not a huge fan of Moto’s visual aesthetics but the leaked screen above shows there might be some changes which will make it more palatable for me. The leak also says that the camera will be a major selling point of this Motorola ICS device, as it could have instant-on capabilities and a 15-shots-per-second burst mode.

We may see this device introduced as soon as Mobile World Congress, so are any of you excited about it? 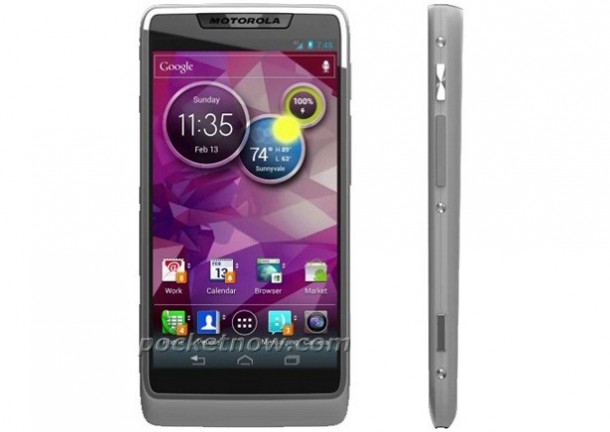 A company called Chinon is joining the tablet market with two products - Swift 7 and Swift 10, which come...