We all know that the Tegra 3 packs a ton of power with a quad-core processor but it actually has a fifth core which is aimed at handling battery life. Well, NVIDIA decided it was tired of this being called a “ninja core” or something, so it has officially dubbed this “4-PLUS-1.”

The name is interesting but it’s mostly a branding issue. What should excite you is what NVIDIA says the 4-PLUS-1 architecture will mean for devices utilizing it:

What this revolutionary architecture does is simple: It provides both exceptional processing power and great battery life. It does this by using four powerful CPU cores to handle demanding tasks, such as gaming, and a fifth low-power, battery-saver core to manage less strenuous tasks – like processing e-mail or operating in standby mode.

It also strongly hints that we’ll be seeing some 4-PLUS-1 smartphones at Mobile World Congress 2012, so be sure to keep an eye on IntoMobile for the latest news. 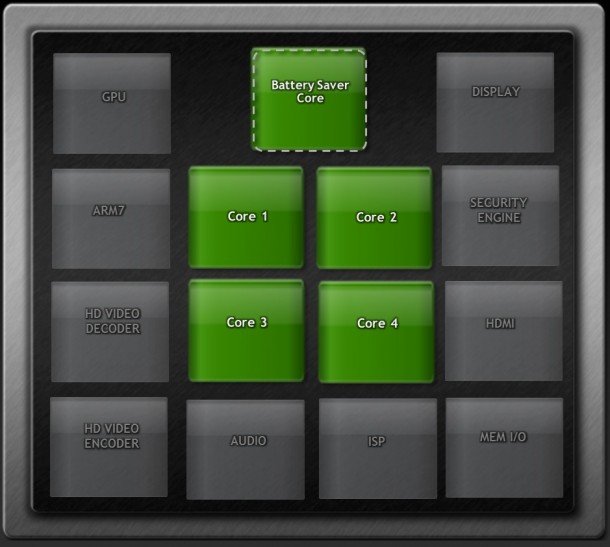 So the Huawei Ascend D1 Q won't be the only device Huawei will launch at Mobile World Congress. The Chinese...