The first thing you notice with the Xperia P is its unibody aluminum design that feels nice in your hand. It shares the same lower clear strip as the other Xperia NXT phones, a lighting feature which gives the phone a unique look. On the back is an 8-megapixel camera with a backside-illuminated Exmor R sensor. It features Sony’s Fast Capture technology that also records 1080p HD video.

The 4-inch, qHD display has Sony’s WhiteMagic technology that supposedly improves outdoor visibility and offers a brightness that Sony claims will beat any other smartphone on the market. I’m not so about that last claim as Samsung produces phones with eye-popping displays, but the Xperia P is no slouch. Indoors it was bright and crisp with vivid colors and solid viewing angles. As much as I wanted to view the handset outdoors,  Sony wouldn’t let me take the phone for a walk and it’s night here in Barcelona anyways.

Though its design is slick and the camera decent, the phone is lacking in the hardware department. The talk of the town in Barcelona is quad-core and the Xperia P still rocks a dual-core processor. It ships with Android 2.3.7 (ICS upgradeable) and its performance is smooth, but it just feels sluggish compared to the quad-core offerings from LG and Huawei. Sony likely opted for the dual-core to keep the price low and affordable to people who want a decent phone, but don’t want to pay a week’s wage for it.

Overall, the Xperia P is a nice phone, but not a great one. If its priced right, it might sell well as a low- to mid-level handset, but it’s not going to take the market by storm. 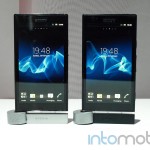 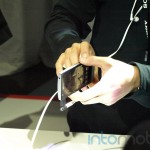 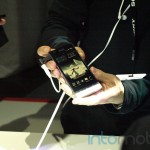 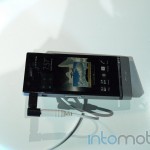 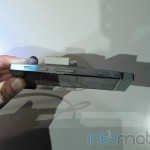 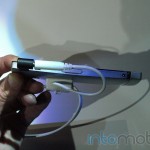 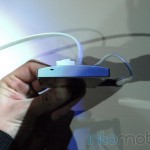 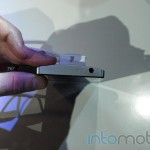 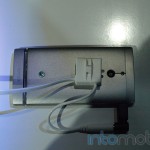 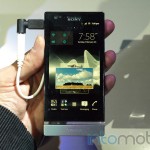 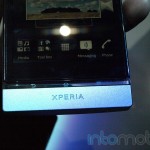 Hands-on with the Sony Xperia U

Sony just got done with its first MWC press event and we got some hands-on time with the Xperia U,...