After spending my entire morning staring out my window waiting for the FedEx deliveryman to make his trip to my home like a dog would his master, my new iPad has arrived. As soon as I received my package, I set up my HD camera and captured the glory of unpacking it and my initial reactions on video, which is available for your viewing pleasure below. But after being a dedicated iPad and iPad 2 owner, would the new iPad impress me as much as everyone is telling me I would?

When you compare the new iPad with the iPad 2, there’s only two components that have received an upgrade: its A5X CPU and its Retina Display. Seeing as I have been a happy iPad 2 owner for the past year, why would I need to upgrade to a new iPad for only those two upgrades? That’s what I originally thought until I saw the iPad in action.

Unlike the jump from the iPad to the iPad 2, the new iPad doesn’t offer that big of an improvement over the iPad 2. It’s slightly heavier and thicker, but when you consider how massive its battery is as well as the addition of the A5X CPU, Retina Display, and 4G support, then I easily forgave the iPad for its cheating on its tech diet.

The retina display is where it’s at with the new iPad. Browsing the web, viewing pictures, or playing games look absolutely stunning. If you’ve been holding off going to your optometrist, I HIGHLY recommend you go see him ASAP because the better your vision is, the more you’re going to get out of owning the new iPad.

I was happy to learn accessories for the iPad 2 will work with the new iPad. I’ve had the Venture case from Case-Mate for my iPad 2 and being able to continue using my favorite case on the new iPad is definitely a bonus. In other words, don’t let iPad case makers talk you into upgrading to a new case if you don’t want to.

For the short time I’ve spent with my new iPad, I’m extremely impressed with it and can’t wait to get all of my apps upgraded to Retina compatible versions to take full advantage of the screen outside of visiting web sites and looking at pictures.

Did my hands-on intrigue you? Thinking about picking up a new iPad for yourself? We’re currently hosting a giveaway of a new iPad, so go enter for your chance to win! 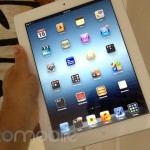 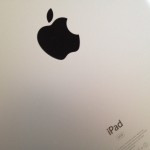 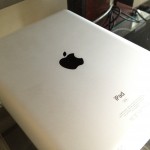 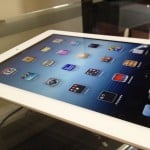 Video: ASUS Transformer Prime versus the new Apple iPad, which is faster?

In case you haven't noticed, Apple's third generation iPad came out today. Judging by the early reviews, it's already set...