We’ve learned from past handsets made by the manufacturer that not all Optimus devices feature screaming specs, much like the handset you see above, the Optimus Elite (a Gelato variant). The flashy name nothing more than a red herring, but you can expect this mid-range device to land on Sprint and Virgin Mobile in the near future.

The Optimus Elite isn’t a phone that you’re going to have a hard time passing up if you have your heart set on the likes of a HTC One X or other super phone that should be landing on Sprint in the near future but it’s something to consider if you’re not looking for a lot of power. While we’d have a hard time swallowing the fact that you’ll have to sign a two-year contract for this device, we would imagine that the Elite will be very, very cheap when it debuts.

As far as Virgin Mobile is concerned, the Optimus Elite will fit right into the existing portfolio. While we’d likely suggest the Motorola Triumph over anything on the carrier, the Elite will probably find a good amount of home when it debuts.

There’s not much to get excited for when it comes to the spec side of things. Rocking a 3.5 inch HVGA display, 800 Mhz processor, and 5 megapixel camera with LED flash. Possibly the best feature on the two phones is the fact that they both have NFC built-in, giving you some Google Wallet love right out of the box. The renders show both handset running Android Gingerbread and we can’t say for sure whether the phones will make the cut for an Ice Cream Sandwich treatment, making the Android Beam feature a no-go. 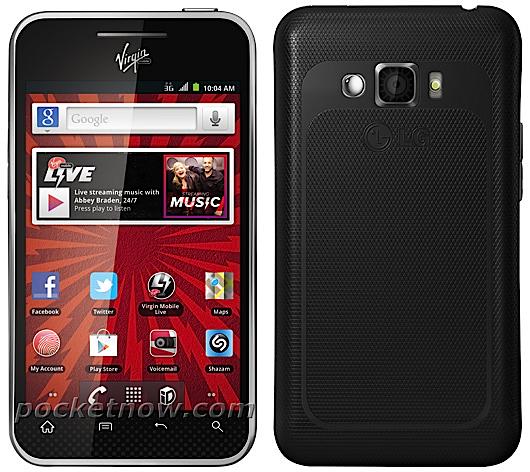 Sprint will carry the handset in white, while Virgin Mobile has nabbed it in black. We’re happy with Sprint’s decision, as the textured backing doesn’t look nearly as horrendous on the white version than the black version.

Expect Sprint to release the Elite sometime in the near future, with Virgin expected to launch the handset in May.