A user on the Crackberry forum is posting pictures of what he claims to be a PlayBook 4G. Could this be the next version of the Research In Motion tablet?

To be clear, this could be a fake but he does post some other photos which clearly shows a SIM slot. Other than that, it kind of looks very similar to last year’s 7-inch tablet from RIM.

If this is true, this wouldn’t be the first time RIM tried a “4G” PlayBook. Remember, Sprint said it would have a WiMax-powered PlayBook but it was eventually cancelled late last year.

We’ve heard rumors before that we’ll see followups to the PlayBook this year and I wouldn’t be surprised to see these unveiled at the upcoming BlackBerry World. We’ll be there live, so you can follow us for the latest BlackBerry news. 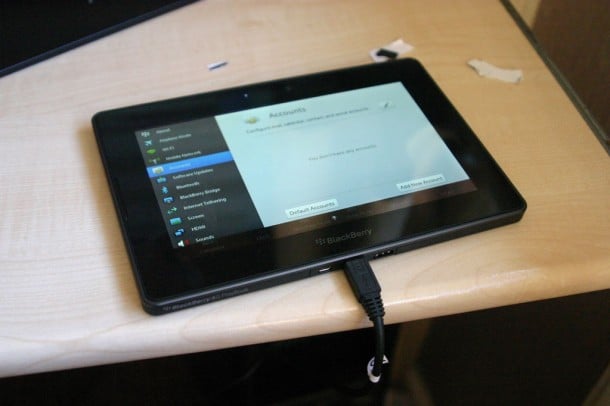 The mass exodus of executives at Research in Motion continued this week, as two new executives tied to Blackberry have...