While Nokia hasn’t exactly confirmed this to be true, we know the Finnish handset maker is working on a Linux based operating system for feature phones called Meltami. The question is when exactly will devices based on this OS hit the market? Thanks to a leak that was discovered by Unwired View, we might not have to wait too long. They found a PDF of a user manual for an unannounced device called the Nokia 306, which we’re going to assume is a member of the Asha family. What makes the 306 special is that it’s the first full touch screen feature phone we’ve seen from Nokia. By that we mean it’s the first non-smartphone to have no physical input keys. Buried deep in this manual are a few images (see below) showing that the 306 will have pinch to zoom, an Android like notification bar, and most importantly it’ll have some elements of the swipe user interface that we saw on the Maemo/MeeGo powered Nokia N9.

So why is the 306 important? Because Nokia is getting their ass handed to them in the emerging markets thanks to cheap Android devices. We’re talking smartphones that come in at $150 or less. Nokia doesn’t have time to wait for Microsoft to scale Windows Phone to devices that cost that little, and they can’t use Symbian either since they’ve already taken the platform behind the barn and shot it in the back of the head. This new platform, which will likely not be called Meltami when it’s eventually announced, will not only help Nokia maintain their pole position in the emerging markets, but it’ll also be Nokia’s way of being able to fine tune ideas that’ll they’ll eventually bring to smartphones. Hopefully.

Expect to hear more about the 306 either before or during Nokia World, which takes place in Helsinki this year on the 25th and 26th of September in Helsinki, Finland. 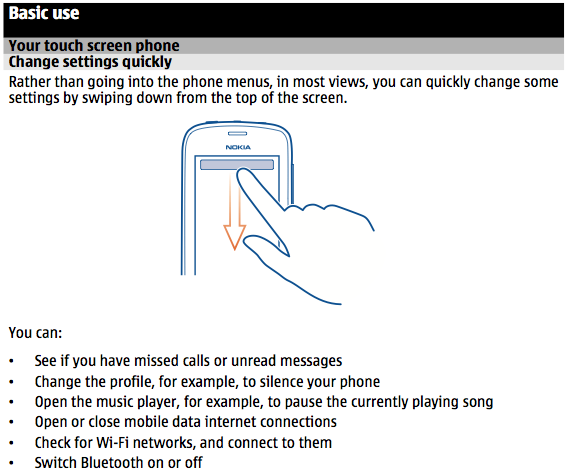 It's May 8th and today's the day that AT&T starts selling two new Windows Phone Mango handsets, the Nokia Lumia 900...