The HTC One S is one of the most well-reviewed Android devices to date. IntoMobile gave it a 9/10 overall and a 9/10 for design. The latter score is notable because, well, that premium design HTC has been touting apparently doesn’t last too long. Reports are coming in that the coating on the top side of the smartphone is starting to chip off after minimal usage.

HTC describes the design of the HTC One series as follows:

This stunning phone comes in two exceptional finishes. The first goes through a special process that transforms the surface into a ceramic, super-dense finish that is five times more durable than stainless steel.

Not quite, apparently. Damn it, HTC. You’re supposed to be making a comeback here from those abysmal profits first quarter, remember? I’m all for trying new things — a ceramic design, in this case — but the credibility for innovating is lost if it doesn’t work well. 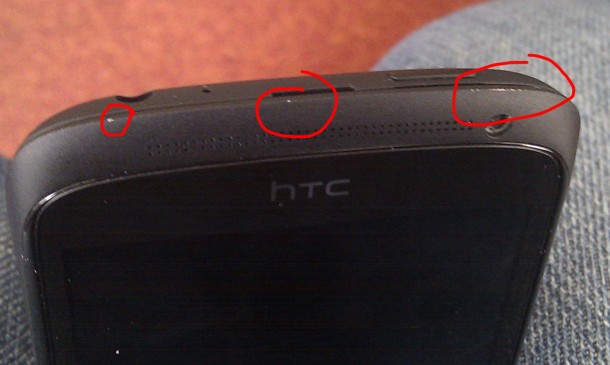 A lot of people are blaming that sharp ridge on the top of the device since, as you can see, that’s the only place where the chipping occurs. Edges are generally more susceptible to this kind of wear and tear. Maybe after a year of use this would be acceptable, but this is a brand new phone and one that touts the design as a main feature.

To be fair, HTC has never had any major problems with design in the past and actually has always been known for incredible build quality, so it’s allowed one flaw. Plus, while plenty of people do send in reports, they end up accumulating a very small percentage of owners.

Are there any HTC One S owners out there noticing chips in the ceramic design on their device? If so, tell your story in the comments below.

Update: HTC responded to The Verge and said it’s “aware of the reports” and is looking into the situation.

You know what the Instagram way is? It's not just settling for 30 million iOS users. Hell no. It's about...