Three days ago I posted a Twitter conversation I had with Eldar Murtazin, Editor in Chief of Mobile-Review, where he said that he was going to be in London on May 2nd for what might possibly be the unveiling of the Samsung Galaxy S III. Now, thanks to Tweakers.net, we know for a fact that Samsung will be showing off their next flagship on May 3rd. They received an official press invitation that simply says: “Come meet the next Galaxy.” It’s not too hard to figure out what that means. So what do the latest rumors tell us about what will ultimately be the hottest selling Android device of 2012? There’s a lot of misinformation floating around, but the consensus seems to be that we can expect a quad core ARM Cortex A9 Exynos chip, a non-PenTile version of the 4.65 inch 720p AMOLED display in the Galaxy Nexus, built-in 4G LTE, and that’s about it. No word about the camera or what Samsung plans on doing to “improve” TouchWIZ.

Should you even listen to the rumors? Not really. In less than three weeks we’ll know everything we need to know. That and we can’t really say anything about a device after a quick hands-on at a press event. It’s going to take some serious one on one review time to paint an accurate picture of the weaknesses and strengths of the Galaxy S III. Do I personally think it’ll be better than the HTC One X? Absolutely. Why? Samsung makes screens, processors, storage chips, RAM chips, they make damn near everything. Who do you think gets priority access to the most bleeding edge components coming out of Samsung’s factories?

That and there’s the Android skins debate. We hate all of them, but TouchWIZ is easily the least offensive. Sense 4, regardless of how much HTC says they toned things down, is still over the top.

Update: Other members of the Dutch media have started to receive invitations to Samsung’s event. Here’s an official image from AndroidWorld.nl. Note that it’s still not 09:00 in the UK yet, so members of the British media have yet to get their invite. 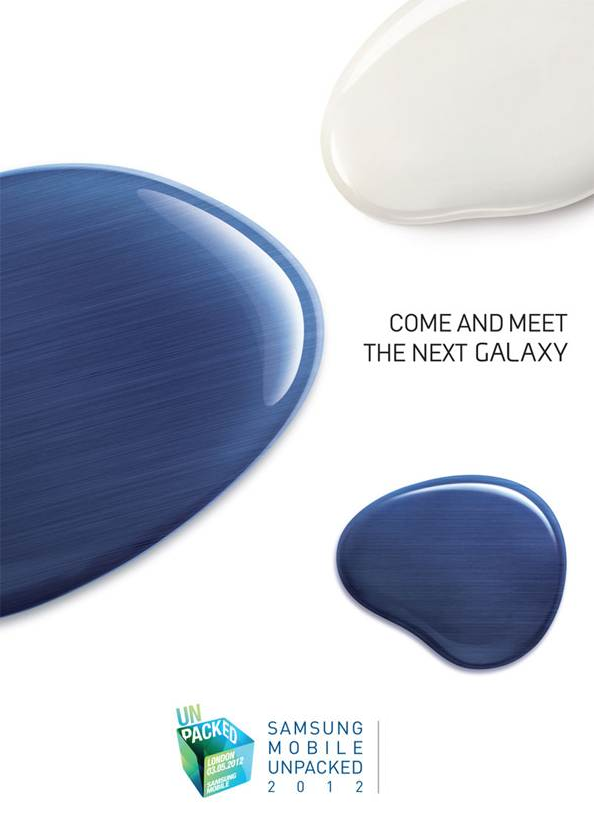 Motorola's announcement the Droid RAZR in October 2011 was awkward at best. Less than 24 hours later, on a stage...