Here’s some more security news for Android users that has probably struck a nerve or two by now: another fake app has made its way into Google Play and yes, it has malware. This time the app is trying to imitate Instagram for Android.

The app was discovered by web security provider Sophos. Once downloaded, it installs malware onto your device and sends text messages to your contacts without your consent in an attempt to get them to sign up for premium services so the developer can make money. This isn’t just an ordinary malware case here because it affects the people you know, too.

It strangely bundles a photo of a random man (seen below) which could possibly be seen throughout the app and should be used as a way to discover if you have the malware on your Android phone. It’s apparently clipped from a Russian Internet meme. “Maybe the reason why his picture is included multiple times is to change the fingerprint of the .APK in the hope that rudimentary anti-virus scanners might be fooled into not recognising the malicious package,” said Sophos consultant Graham Cluley. 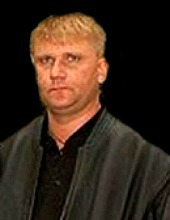 Does any of this malware stuff sound familiar? It should. Less than a week ago, we reported another malware app was in Google Play posing as the Angry Birds Space game. Malicious apps are becoming a serious problem for the Android platform and it’s getting worse at an alarming rate. If Google wants to preserve the point of view that “open” is a good thing, it needs to start taking swift action against these threats.

Gameloft has released quite the unique game today, which if you know anything about the company is something of a...