Google is working on changing the look of the Galaxy Nexus with the addition of a slider, according to some patents Google filed with the USPTO in January. In the is filing, a series of three patents were submitted, which listed lead Android developer Andy Rubin as the main inventor.

Each patent showed innovative techniques that allow for a slider that is thinner, and has less overlap when opened, then other devices. The idea is to put a larger physical keyboard without adding bulk to the phone. Google will have new versions of a slider that includes a “spring and stabilizing link,” a “serpentine spring styled,” and a creative looking “scissor-hinge.”

All of these versions suggest that each slider design could be for different types of products. Furthermore, with all the available space provided by the physical keyboard, things such as notification LEDs, little trackpads, etc., the patent notes could fill that space.

Yup, as one of the minds behind Danger’s Sidekick brand, this has Andy Rubin written all over it, as this brings in more of a Sidekick influence to the Nexus brand. The interesting part about these patents is they’re all on the “fast-track,” which means that Google would like to have one of these handsets out very soon. Who knows, maybe a slider-styled Nexus could attract disgruntled BlackBerry owners out there.

Would you buy a Nexus slider? 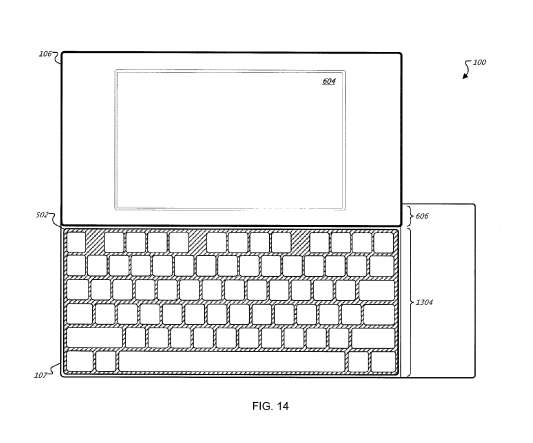 Verizon is toning down its Droid Does advertising campaign with a kindler, gentler approach that does away with the edgy...