Earlier this year HTC rebooted their brand image with the launch of the One series of devices. The One X being the high end, the One S representing the mid range, and the One V positioned the affordable model. Last month the Taiwanese company announced the Desire C, which looks exactly like the One X, except that it has a 3 inch screen and is even cheaper than the One V. Confused as to why it wasn’t called the One C? Today it gets even weirder. HTC has just announced the Desire V. It looks like One S, it has the specs of the One V, but what makes it unique is that it can take two SIM cards. Other than that, there’s nothing much to see here: Android 4.0 Ice Cream Sandwich, single core Qualcomm Snapdragon clocked at 1 GHz, 512 MB of RAM, 5 megapixel pixel, and a price tag of roughly $470. It’s going to hit the Ukraine next month, and it’ll probably end up in other European countries in due time. 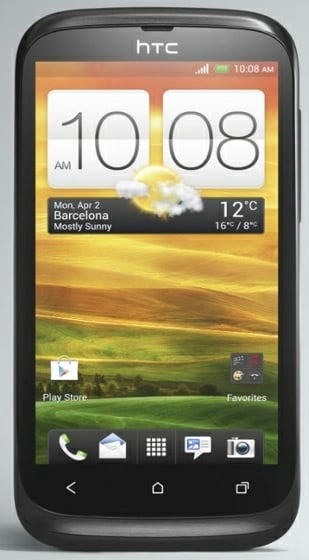 Should you buy the Desire V? That depends on whether or not you think having two SIM cards is important. If it is, then you don’t really have many other choices. Huawei makes some dual SIM Android phones, but they’re ultra low end. We still think that people who need two phone numbers should simply carry two devices. You can get an ultra low end Nokia phone for $20 and charge it once every two weeks, while your main SIM sits in a high end superphone. It’s what this writer does when traveling abroad.

Now that we’re almost done with the first half of this year, we’d like to remind you that HTC has launched six smartphones. That’s one model a month on average. We hope this trend doesn’t continue because it’ll be a smack in the face for those of us who believed the company when they said they’d invest more resources into fewer devices.

On the heels of the recent Evernote Hello launch, the popular note-taking company is bringing its "Food product" to the...