Nokia admitted that its Lumia 920 promotional ad contained video recorded by a DSLR and not its PureView camera as claimed in the video. According to a post by Youssef Sarhan, the Finnish company also faked some of the still photos in that video, too.

Sarhan points to the still picture above that allegedly shows the optical image stabilization of the Lumia 920. He notes that the sparkles shown in the background street lights could not have been produced by the Lumia camera, which has a fixed aperture of f/2. This effect is only present in photos captured with camera that’s set to a higher aperture like f/22. It’s a common photography effect that occurs in night shots like the one above. 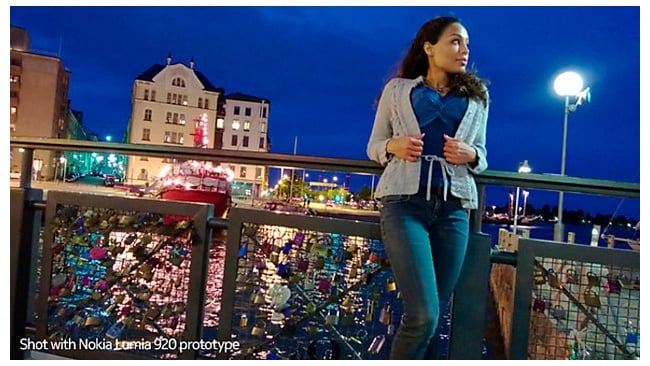 To further support his claim, Sarhan produces a second photo taken with the Lumia 920 that shows the smooth background lighting you would expect from a f/2 camera. The difference is very noticeable. If that wasn’t enough evidence for you, he also obtained a picture of the Helsinki photo shoot from Hacker News user exDM69 that shows the lens of a DSLR pointed directly at the model. You can view that photo below. 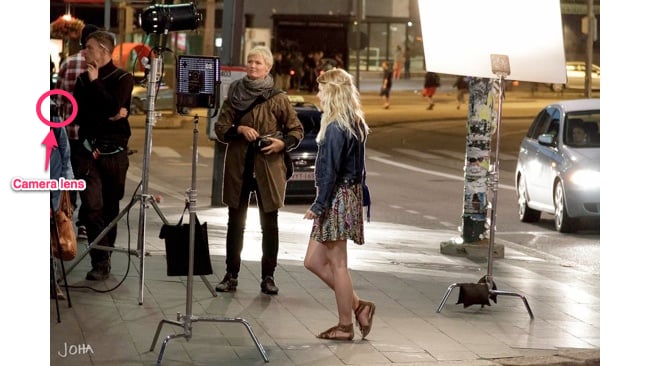 It’s possible that Nokia used the DSLR for other purposes, but the photographic evidence above is pretty convincing. So what do you think, did Nokia fake the still photos, too? Or is there some other explanation for the sparkles in that first photo?

[Via The Loop and Youssef Sarhan]

Looks like Verizon Wireless is preparing to spice up its portfolio with two new devices, namely the Nokia Lumia 822...