Today Samsung and Sprint announced another addition to the Galaxy line of phones. The Victory 4G LTE is a mid-range device packing a 4-inch WVGA (800×480) display, a 1.2GHz dual-core processor (probably a lesser version Qualcomm chip), a 5MP rear shooter and 1.3MP front facing camera, with the now-standard Google Wallet and Sprint LTE support are all onboard. The phone will also bring the carrier’s usual Sprint ID bloat, all wrapped inside Android 4.0 Ice Cream Sandwich.

It’s interesting that every carrier is trying to woo customers with its own $99 offering. T-Mobile just announced something very similar to the Victory, as the company named its mid-range version the Samsung Galaxy S Relay 4G (which we’ll have a review up for very soon). Sprint and T-Mobile get an A for effort for its offerings, but both fall in comparison to the Motorola Droid Razr M, which Verizon launched today for the same budget-friendly $99.

That being said, the Victory 4G LTE will be available starting September 16th, for $150 before a $50 mail-in-rebate.

If you was in the market for a mid-range Android phone which one would you choose? The Galaxy Victory 4G LTE, the Galaxy S Relay 4G, or Verizon’s Motorola Droid Razr M? 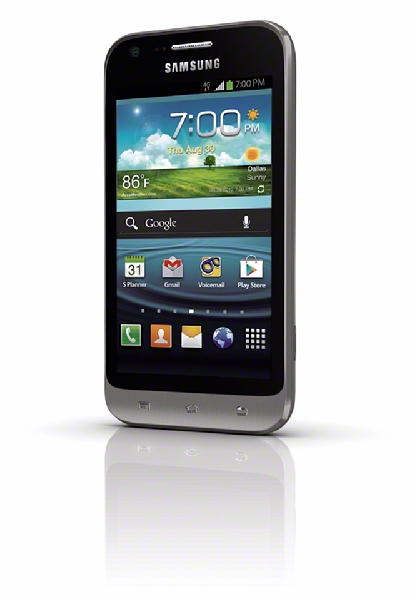 Motorola was handed a legal setback today when a Munich judge ruled that its devices infringe upon Apple's over-scroll bounce...