The soon-to-be-launched Meizu MX2 has been leaked 10 days before it gets officially unveiled in China. The device does look promising and this time round we hope to see it hitting store shelves in the Western hemisphere (though we can’t really tell whether that will actually happen).

Alongside the “caught in the wild” photos, we also get to see how the launch event invite box looks like and we love it. Local journalists who will attend the MX2 launch got an empty box with a transparent piece of plastic (or glass) that has the new phone’s shape. As you can see from the few images below, Meizu’s baby will sport an edge-to-edge display which will likely be able to “handle” 1080p resolution. Heck, even if it’s a 720p screen, we’ll like it.

Meizu’s problem is that it can’t escape from the iClone stigma that surrounds it ever since unveiling its first product, which was a clear copy of Apple’s smartphone design. As the time goes by many of the new phones look alike and in that sense we think the MX2 may actually hit some markets other than China. We’ll see… 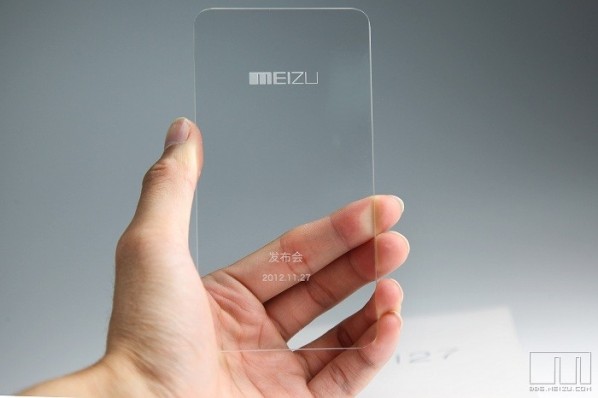 T-Mobile to offer off-contract Nexus 4 for $499

We know that T-Mobile is selling the hot-new Nexus 4 for $199 with a two-year contract, and up until this...