Nokia has tried to do as much as it can to separate its Windows Phone handsets from the rest of the competition. The company has released a number of exclusive apps over the past few weeks which include Groupon, ESPN, Nokia Maps, Drive, Transit, Music and City Lens. Now the Finnish company is releasing yet another exclusive app for its Lumia devices called Ringtone Maker. This new app allows users to do many cool things like select their favorite music and set it as their device ringtone. Ringtone Maker also lets users cut the music to their liking similar to popular Android apps: Ringdroid and MP3 Ringtone. This app is available only to Lumia devices running Windows Phone 8, with availability to Windows Phone 7.x devices coming soon. 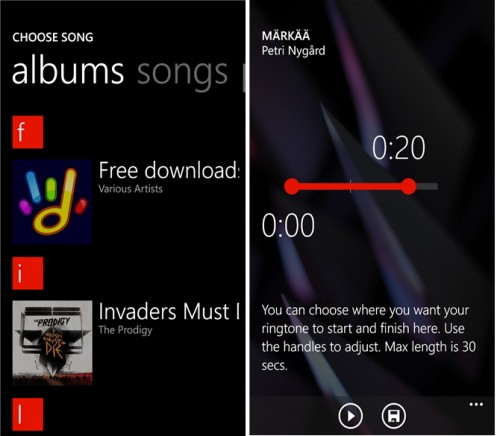 Demand for Surface Tablet “disappointing” as tablet market heats up

Bloomberg is reporting troubling times for Windows tablets this holiday season. According to one industry analyst, early demand for Microsoft Surface,...