It looks like the rumor that HTC will be holding its own separate event for its next flagship device is completely true. The week before Mobile World Congress, HTC will take the wraps off of the highly-anticipated M7, leaving  MWC without one more flagship handset announcement.

We’ve already seen the device floating around the internet a few times. We’re more than excited to see HTC make a come back with this new device and see what it’s been cooking up all this time. From the leaked images of the software, we’ve seen that HTC’s approach to Sense 5 looks more simple and refined than ever. As one would expect from any handset from HTC, the hardware of the M7 (from what we’ve seen) will remain one of the strong points. And so far, the M7 is looking pretty stellar.

In case you don’t remember the M7, allow us to get you up to speed. A large, 1080p display, 1.7GHz quad-core CPU, 13 megapixel rear-facing camera, 2 megapixel front-facing camera, and Sense 5 are what we’re expecting so far. Of course, we should also see features like Beats Audio support, NFC, and more.

We  have a few more weeks to ponder what else the HTC M7 could bring to the table, and the new flagship device is definitely going to get a good amount of attention when it’s finally unleashed.

Who knows, HTC could be cooking up more than one device for the event as well. Last year, we saw the HTC One X, One S, and One V announced around the same time, so there’s a chance that we could see a whole new family of devices announced soon!

Who is looking forward to HTC’s latest devices? I know we are! 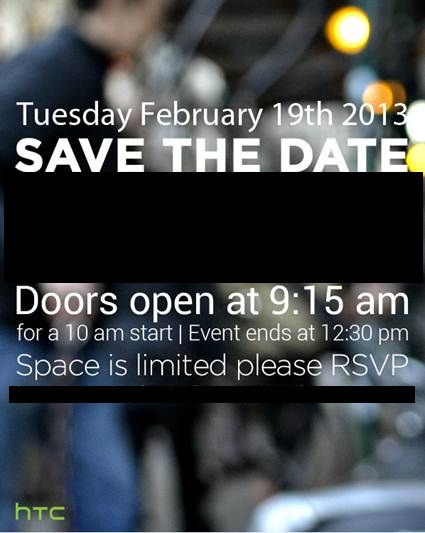 After being in and out stock for months, Google's Nexus 4 handset has resurfaced in Germany's Play Store. The handset...