LG has been selling its current flagship handset, the Optimus G for quite a while now, and following on the heels of this successful handset, we now have more pictures of LG’s Optimus G Pro. Along with thepictures, we have an official spec sheet as well.

The specs for the Optimus G Pro are:

With a spec sheet this impressive, there’s no doubt that the Optimus G Pro will be giving other manufacturers some stiff competition as they roll out their 2013 flagship phones. This handset is slated to be announced at MWC this year, and will go up against the likes of the Sony Xperia Z, HTC M7 and the Galaxy S4.

The G Pro version for NTT DoCoMo was recently announced in Japan, with a 5″ Full HD display and a 3,000 mAh battery, but the 5.5″ model is expected to be in the works.

Although we have the spec sheet, we are still waiting for an official announcement from LG pertaining to availability and pricing outside of Japan. The Optimus G Pro looks to be an impressive device. Do you think it will stand up to the likes of the HTC M7 and the Samsung Galaxy S4? Let us know, and check out the pictures below! 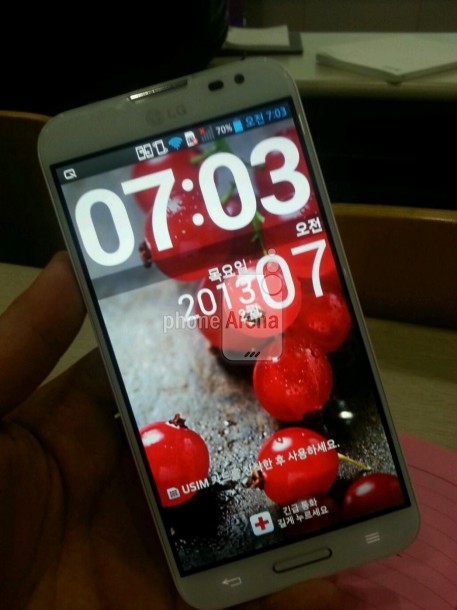