The ultra rugged Kyocera Torque will be arriving on Sprint’s network on March 8th, priced at $99 with a two-year service agreement. The Torque is the first handset to offer 4G LTE service and Sprint Direct Connect push-to-talk service with an ultra-rugged design.

The Torque features a 4-inch IPS display and a dual-core processor, and will be running Android 4.0 Ice Cream Sandwich. Usually, rugged handsets are stuck with older versions of Android, limiting some of their functionality. But with Ice Cream Sandwich running on the Torque, fans of Android’s Holo theme and features will be happy.

The specs on the Kyocera Torque are those of a mid-range device. It sports a 5 megapixel rear camera, a 1.3 megapixel front-facing camera, and a 2,500 mAh battery. This handset can withstand 10 straight days of 95 percent humidity, six hours of heavy dust, and submersion in 1 meter of water for 30 minutes. The Torque is also rated to run in -4 degrees to 122 degrees F temperatures for three hours.

Also included in this device is the Kyocera Smart Sonic Receiver, which is a “proprietary tissue-conduction audio technology” which transmits sound to your eardrum and inner ear through body tissues, enabling users in noisy areas to be able to hear their calls. This rugged phone will no doubt be a favorite among construction workers and the like who need the functionality of a smartphone while working in dirty and loud environments.

Check out the gallery below! 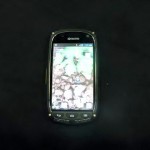 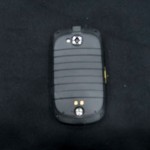 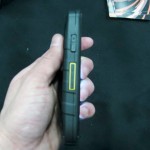 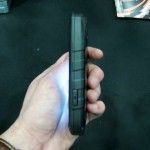 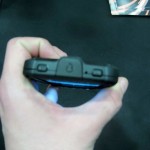 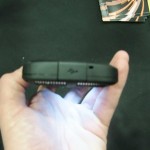 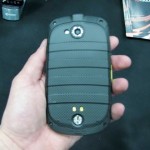 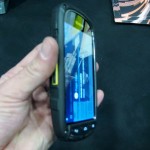 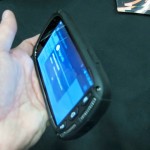 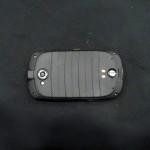 Samsung to announce the Galaxy S IV on March 14

Samsung won't have a big presence at Mobile World Congress this year, but that won't stop the Korean manufacturer from...