We now have some new insight into the Samsung Galaxy S IV thanks to an Android developer, Faryaab Sheikh. Sheikh posted a picture via his Twitter account of an AnTuTu benchmark, revealing some of the components in Samsung’s new device.

The specs are nothing surprising, and add up to leaks and rumors we’ve seen before. From the picture we can surmise that the Galaxy S IV will be sporting an Exynos 5410 quad-core 1.8GHz processor, a 5-inch full-HD display with a 1920 x 1080 pixel resolution, 2GB of RAM, a 13-megapixel camera and Android 4.2 Jelly Bean.

So now that we know what’s inside Samsung’s new smartphone,it makes waiting for the official unveiling even more tantalizing. Don’t worry though, the Samsung Galaxy S IV is slated for release in a few weeks. Check out the benchmark below. 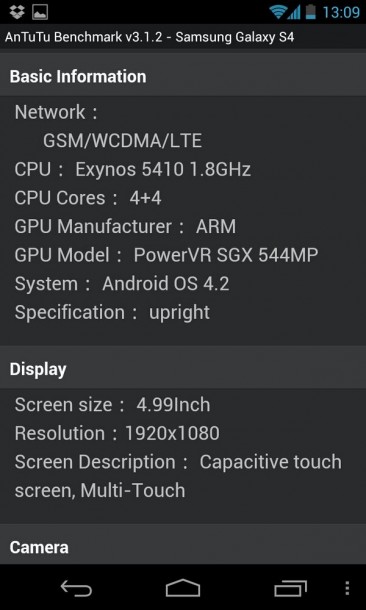 A longtime contributor to ClockworkMod, Koushik Dutta has unleashed his latest creation on the Android community, the ClockworkMod Superuser App. Dutta, who...