An awesome Tegra 3 enhanced fast paced First Person Shooter, The Conduit, will be making its debut on Android devices today. You may be familiar with the title, it was released on the Wii a few years ago to much fanfare, and winning a number of awards at E3 in 2008. Now, NVIDIA is releasing a Tegra 3 optimized version to the Android game market, showcasing the power of the company’s chipset.

The Conduit is a FPS that is set in near future America, where players are confronted with a hostile alien race, known as the Drudge. Players assume the role of Michael Ford, an agent for the shadow government organization called the Trust, who becomes an active participant in the battle against the Drudge. The aliens use portal like conduits to proliferate around the city, and you must chase them down before they take over the capital.

The game has some serious weaponry to offer, allowing players access to 18 different weapons to blast away 14 different human and alien enemies. The Conduit also has puzzle solving elements to it as well, with its All Seeing Eye which shows hidden objects and enemies. You can control the action with the on-screen controls, or blast away with a bluetooth controller.

As for the gameplay, the game utilizes a left control pad which moves the player forward and backward, while the right “pad” controls the player’s view and direction in movement. For those familiar with older FPS games using traditional gamepads, this interface is very easy to get used to. The game also offers an auto-fire feature, which is convenient but somehow feels like cheating. When the feature is activated, weapons automatically fire at baddies simply by pointing in their direction. It does help out the gameplay, but button mashing is one of my favorite things about FPS games.

So if you’re in the mood for some fast and furious first person action, check out The Conduit and start blasting away some evil aliens. 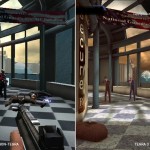 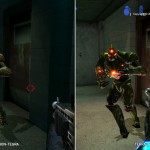 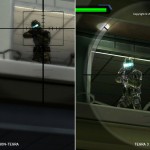 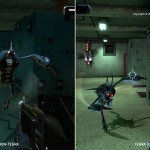 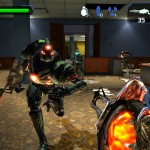 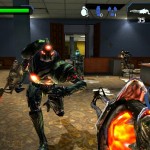 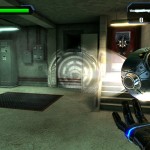 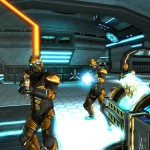 Yo Google, We Don’t Need Your Stinkin’ Reader: Feedly’s Got Our Backs

Google announced yesterday that it would be shutting down their Google Reader service, the denizens of the internet were shocked,...