A device that could be the LG Optimus G 2 has been revealed through a benchmark filing today, showing benchmarks that outperform both the HTC One and iPad 4. The filing details a device with a model number of LG D801, which has a Snapdragon 800 processor and a screen resolution of 1794 x 1080 (the odd resolution is likely due to the fact that the device has on-screen navigation keys). The filing also shows that Android 4.2.2 Jelly Bean will be running on the device. The filing also names the handset “g2_tmo_us” which makes one assume that the “tmo” stands for T-Mobile.

We haven’t heard anything for sure from T-Mobile or LG about this device, but now that the benchmarks are out and about, we will surely see more rumors abounding soon. And check out the benchmarks below. 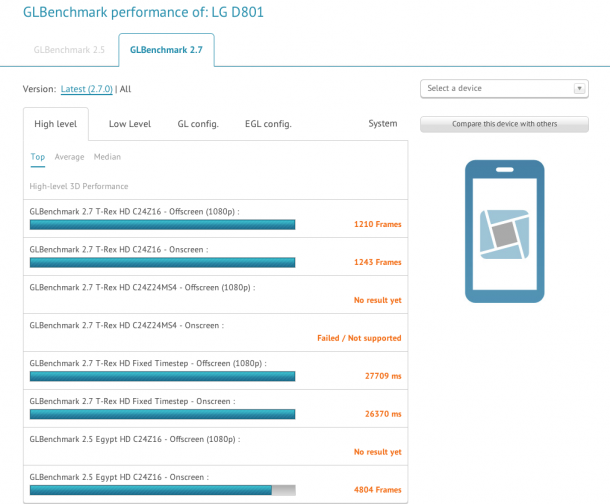