Toshiba is apparently working on a new tablet with Nvidia’s Tegra 4 processor. As you can see from the image above (and few other images below), the upcoming device — marked as AT10LE-A — will be one of the first products to use the super-fast CPU. Though it may not be the only such tablet with HP reportedly preparing a similarly specced SlateBook 10 X2.

Back to Toshiba’s baby. It is said that the AT10LE-A will come with a 10.1-inch screen while that Tegra 4 will be clocked at 1.8GHz. In addition, there will also be a keyboard dock available for the tablet that will effectively turn it into a small laptop.

Mini HDMI port and microSD slot are also there, while Android 4.2 Jelly Bean will run the show right from the get-go.

Unfortunately, we’ve no idea when Toshiba will officially launch this tablet but are definitely looking forward to try it out the second it’s announced. In the meantime, check out few more shots, brought to you/us by Techblog.gr. 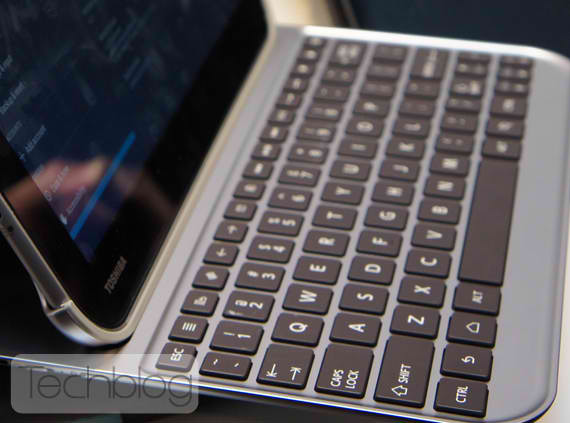 It's official now - Lenovo has a love affair with NBA star Kobe Bryant who has yet again found himself...