If you follow along with technology news, you might have heard about the rumored HTC One Max and HTC One Mini smartphones by now. However, the carrier O2 (in the UK) has a few more treats for us that have been revealed through a leaked document. The One Max and One Mini are all but confirmed at this point, and now we have the HTC Desire 500 and two interesting Nokia devices — the Mars and Eros — to look forward to.

The HTC One Max will probably just be a larger version of the HTC One, which is already on the market. The Mini, as one might expect, will be a smaller version, at least in regards to display size. The One Max is likely HTC’s attempt to take on smartphone/tablet hybrids like the Samsung Galaxy Note with a 5.9-inch display and quad-core Snapdragon 800 processor, at least according to reports.

The HTC Desire 500 is a new device that we’ll have to wait a little longer to get more information for. The two Nokia phones are new as well, although Unwired View sensibly speculates that Eros could be a typo for EOS, which has been a rumored Nokia phone for a while. Mars is an unfamiliar name entirely though. 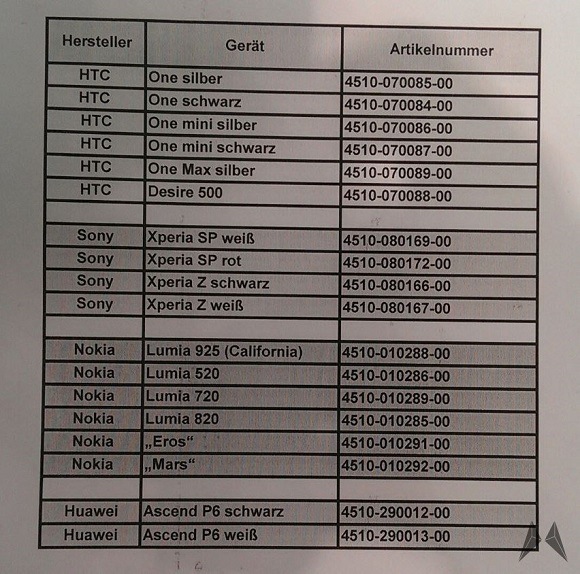 In a recently unearthed research paper written from Microsoft Research, the company has been looking into smartphones that can detect...