We’ve been seeing a number of Moto X leaks lately, covering everything from customizable color options to purported specs as well. Some new photos of An Tu Tu benchmarks give us a clearer picture of what exactly to expect from the upcoming smartphone. Android Police got their hands on the AT&T variant of the Moto X, which is codenamed “Ghost.” It’s looking to be a decent device, with the following specs:

As far as performance goes, the An Tu Tu benchmarks put the device somewhere in the range between the Galaxy Note II and the LG Optimus G Pro. We’ve known for some time that Motorola is aiming to make a handset that is affordable and functional, so it’s no surprise to see the device’s performance falling a little below flagship smartphones such as the Galaxy S4 and the HTC One.

While the above specs are still unconfirmed by Motorola, Android Police has put together an impressive report from a host of leaks, as well as today’s pictures, head there to see a full gallery showcasing the Moto X. We will see what exactly the device is touting come August 1st, when Motorola holds its press event in New York City. 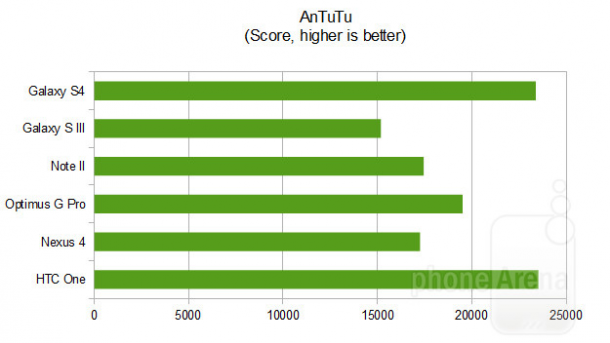 Well, the leaks just keep coming for the new Nexus 7, and this time around, it's Best Buy's doing. The...