We’ve been seeing many pictures of the highly anticipated Moto X smartphone as of late, and Twitter user @evleaks has just leaked another photo showcasing the Moto X in black and white colors in what looks to be its final form. Motorola is slated to announce the customizable device at a press conference in New York on Augst 1st.

With Google’s unveiling of Android 4.3 last Wednesday, there’s now not much doubt that the new version of Google’s OS will be showing up on the Moto X. According to a leaked benchmark from last week, the mid-range Motorola Moto X is expected to be touting a 4.7 inch 1184 x 720p screen, a Qualcomm S4 Pro dual-core processor running at 1.7GHz, 2GB of RAM, 16GB of internal storage and a 2200mAh non-removable battery. While the phone isn’t a powerhouse, Motorola is counting on the Moto X to provide adequate processing power for customers with cost in mind. The device will also include a host of customization options, such as different colored back panels and engraving options.

What will the Moto X really be packing? We’ll see next week when Motorola announces the device in New York. 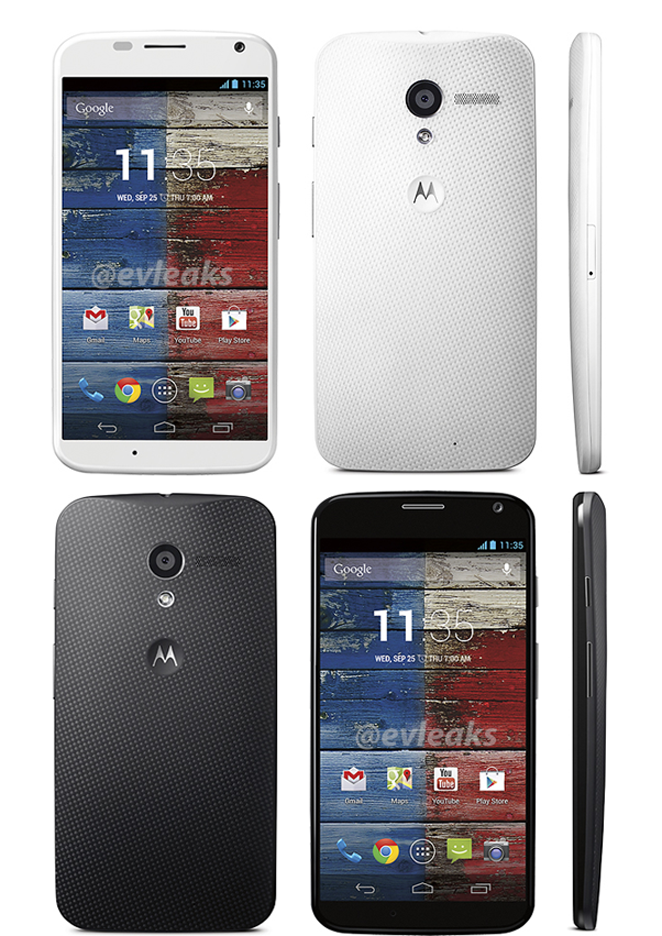 Samsung is developing 3GB memory chips for use in future smartphones, blasting past the current standard of 2GB of RAM....