Nokia’s flagship Lumia 1020 is available today from AT&T. We’ve been using the phone for little over a day and are ready to share our first impressions of the Windows Phone handset.  Before you head out today to pick one up, check out the five things we feel you should know about this striking camera phone.

The Lumia 1020 rocks a 41-megapixel camera with 6-lens ZEISS optics, optical image stabilization,  3x zoom, and both xenon and LED flashes. The camera is as impressive in life as it is on paper. Software-wise, the camera app is filled with options to help you tweak your shot and includes built-in editing options to make corrections on the fly. The resulting  photo quality is top-notch. The biggest complaint I have about the camera system  is that the phone ships with two camera apps — the Nokia Pro Cam software and the built-in camera from Windows Phone. Pros will know to always select the Nokia software, but novice users may be confused by the two options.

#2. The look and feel of the phone is top-notch

The Lumia 1020 maintains the original boxy look of Nokia’s Lumia phones. It’s available in three color options (black, white and yellow) that coat the back and sides of the phone with a matte finish. It’s also fingerprint and dirt-resistant, which is a nice touch and keeps the phone feeling smooth in your hands.

The backing is made of a single-piece polycarbonate with the color applied throughout the material. I have the yellow model, and it’s gorgeous. It has a nice shade of yellow that is not too bright and is evenly tinted across the phone. Because the coloring is infused into the backing and not applied as a top layer, scratches won’t show the underneath color of the phone.

The camera detail and the keys are made of aluminum with a matte black finish. The front is graced by Corning Gorilla Glass 3, which lives up to its  hardy reputation so far. I accidentally tossed my keys and the Lumia into the same pant’s pocket and the phone came out unscathed.

#3. The display is color-rich and works in bright sunlight

The display on the Lumia 1020 really pops. At 4.5-inches, the size is just right for reading emails, browsing the web and watching videos.  Colors are crisp and bright on the AMOLED ClearBlack display. It also worked great in direct sunlight. I was sampling soil in a sand pit this week on a sunny day, and I was able to see what I was doing while I took photos of the sample. With my point and shoot (I don’t take my DSLR into this sandy environment), the display is useless in the sun so I usually point the lens and hope for the best.

#4. Windows Phone holds its own

So far, the Lumia has done everything that I needed it to do. Email, twitter, Facebook, LinkedIn, web browsing, Glympse, Navigation — all work well. I’m sure that as I use the phone more, I will find areas that the app catalog or the built-in software falls short, but for now, the experience has been overwhelmingly positive.

The only knock against the Lumia 1020 is that it is only on AT&T at launch. I live in an area where AT&T coverage is spotty, so purchasing a Lumia for personal use is out of the question. It’s disappointing as I would buy the phone in a heartbeat if it was available on Verizon Wireless. This limited launch doesn’t just affect me, it applies to everyone who is not on AT&T and doesn’t want to switch from their current carrier.

Overall, the Lumia is a fantastic phone that’ll appeal to Windows Phone fans and those who want a fantastic camera in their pocket. I’ll have a follow-up review that’ll dive deep into the phone’s camera capabilities and software options, so check back again in a week or two for our full review. 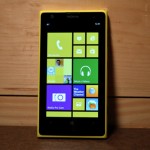 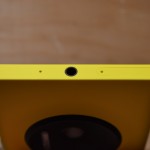 AT&T is now accepting online orders for the hot-new Nokia Lumia 1020. As you probably already know, we're talking about...